Timios Stavros Monastery is located near the mountain village Omodos, famous for its souvenirs, wine and scenic views.

There are several legends behind the emergence of the monastery. One of them describes a miracle working cross being discovered in a local cave by the ancient inhabitants of Kupetra — a village that existed before Omodos. In another legend, Queen Elena, who was traveling from Jerusalem with the True Cross and had to wait out a storm in a small harbor in Cyprus, had a divine vision. She saw the Cross hovering over the mountain — a vision that convinced her to found the Stavrovouni Monastery. Some of the other monasteries on the island also emerged thanks to her and each one of them had received a piece of the True Cross, as the legend has it. One way or another, a piece of the Cross was gifted to the Timios Stavros Monastery by Queen Elena during her visit and became the monastery’s main relic.

Little is known about the monastery’s early history. The first mention of it happens in the chronicles of Leonty Maher called “Stories about the sweet land of Cyprus” and the bulla from the 1700 published by an Ottoman sultan (incidentally, the bulla prohibited the destruction of the monastery and its looting). A 17th century chronicle written by Neophytos Rodinos states that in addition to a piece of the True Cross, the monastery has retained a piece of the rope that was used to tie Jesus to His cross. In 1735 religious pilgrim Vasily Grigorovich-Barsky wrote that there were bloodstains on the rope.

It is alleged that the monastery and the village of Omodos, which is currently one of the island’s main tourist destinations, were founded following the construction of a small church in 210. The monastery’s current appearance dates back to 1816. In mid 19th century the ancient Byzantine church was completely reconstructed and replaced by a massive three-nave basilica. On the inside the basilica was fortified with a ribbed vault and on the outside — with arches. The windows behind the arches open the way for natural light. The top part of the roof is adorned with a gable. On the east side the church there is an apse and a bell tower, which can be entered through the altar space.

The windows and portals to the church are adorned with stained glass and the interior walls feature ancient frescoes depicting the Descent from the Cross and other Biblical scenes. In addition to that, the Black Cross Monastery in Omodos contains the relics of St. Barnabas, John the Baptist as well as St. Procopius, St. Tryphon, St. Hilarion and the great martyrs Anastasia, Marina and Photini as well as the head of the Apostle Philip.

The church interior includes some of the elements of the previous church, which stood in its place, such as the bishop’s throne and the high pulpit.

The three-tier, gold-plated iconostasis with colored inlays is the pride and joy of the church. The altar is decorated with images of Christ Pantocrator, John the Baptist, John the Theologian, Saint Spyridon and Virgin Hodegetria, painted in the style of the Russian school of iconography. The large riza-covered cross, which hangs next to the image of Jesus in the central nave iconostasis, contains a piece of the rope that was used to tie Jesus to the cross (it is hidden behind a red velvet curtain). The other holy relic is a cross that contains a piece of the True Cross. It is hidden behind small doors in the southern aisle of the church.

When you first enter the monastery you will come across the sculpted bust of abbot Dositheos, who was hanged in 1821 after being accused of planning a revolt against the Ottoman rule. During his lifetime Dositheos had put a lot of effort in helping the monastery grow.

The monastery’s courtyard is surrounded by two-story buildings with arcades. The northern part of the monastery used to be where the monk cells, Synod and guest rooms were located. The southern part used to be home to the warehouse and the animal barn.

Today the monastery is mostly empty, but the church works as a parish church, while the Museum of Byzantine Art (located in the western part of the monastery) houses a large collection of icons and church ware. The collection includes images of St. Elena and St. Constantine framed by images of the acquisition of the True Cross, images of Archangel Gabriel, Apostles Peter and Paul as well as biblical scenes such as the resurrection of Lazarus and Christ’s entry into Jerusalem.

The former Synod hall now displays a collection from the National Struggle Museum. Visitors can enter the cell, where according to the legend Queen Elena lived after gifting the monastery with its main relic. 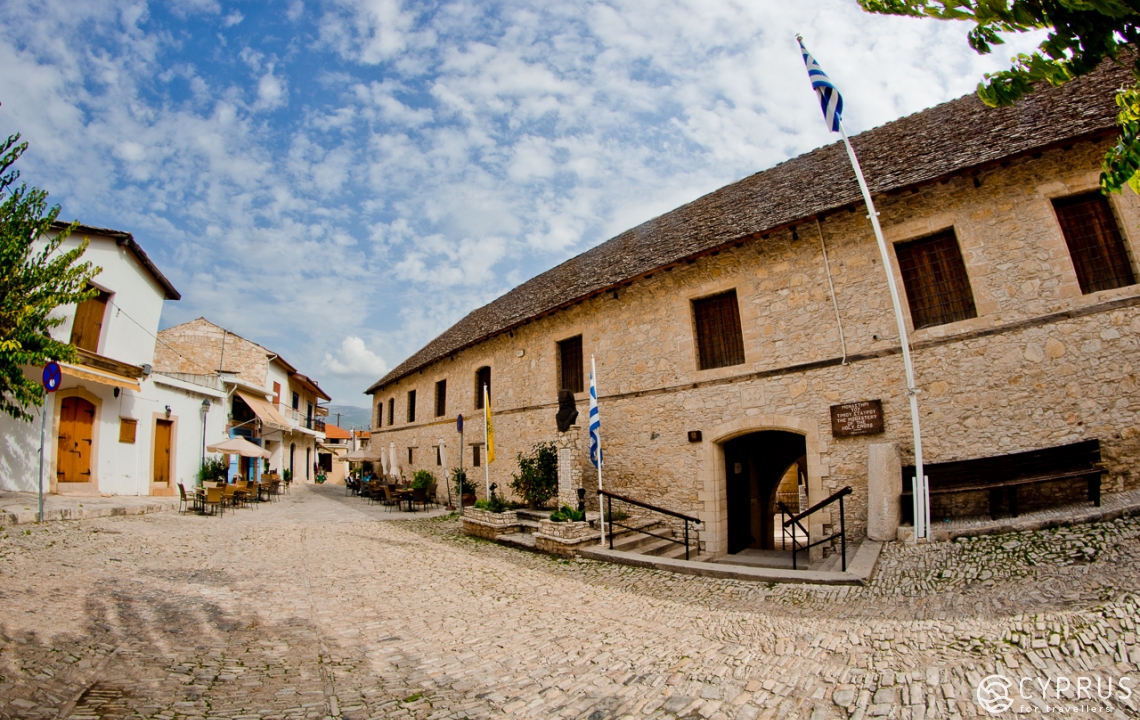 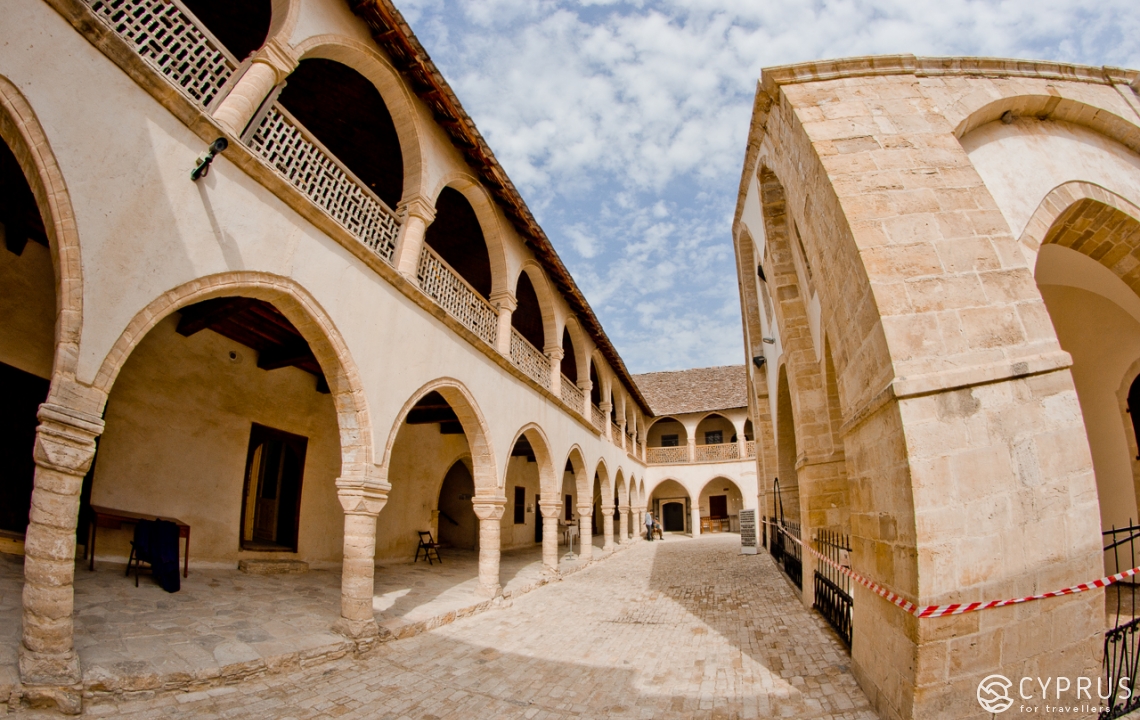 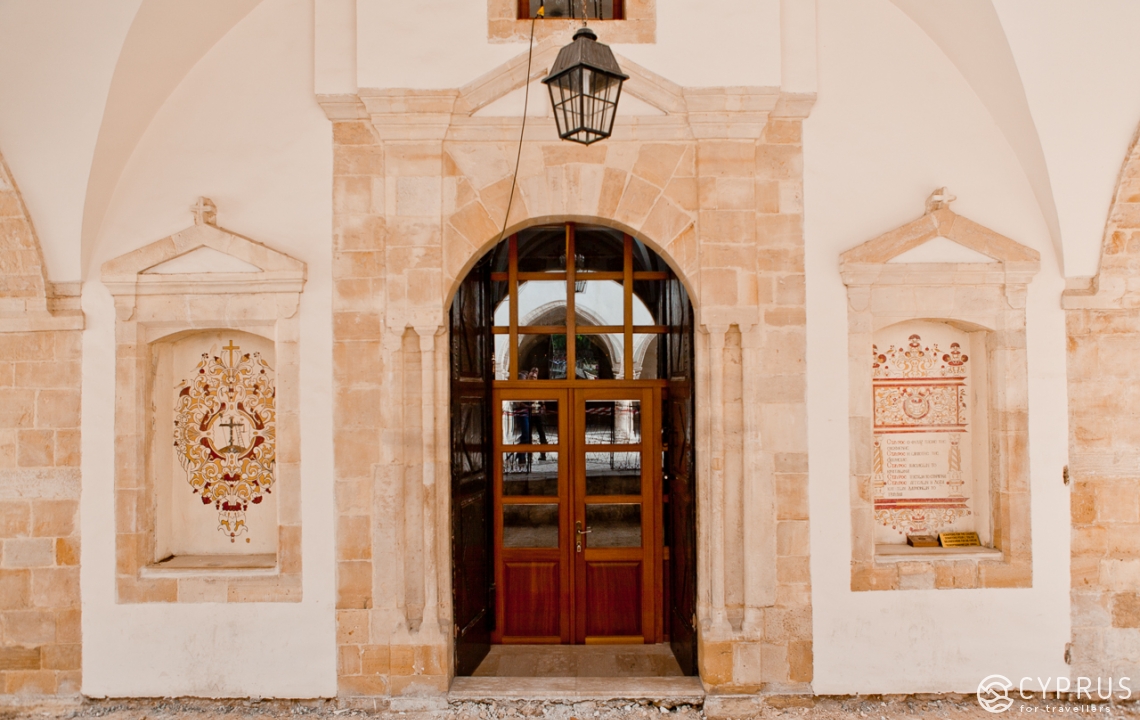 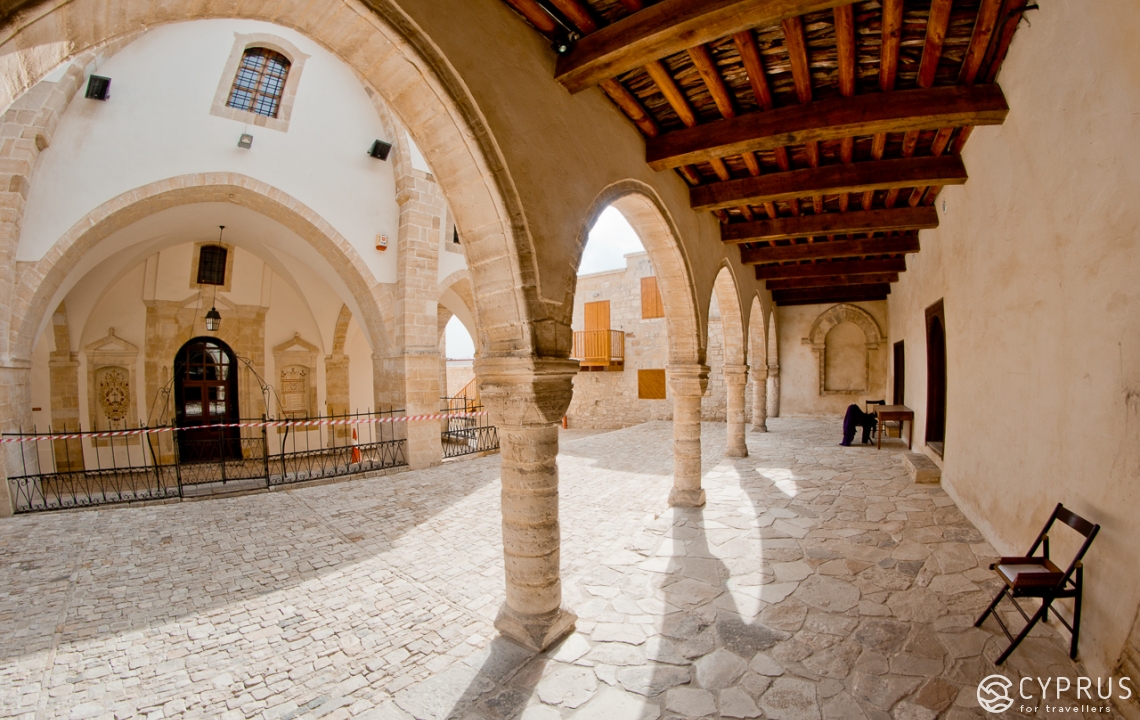 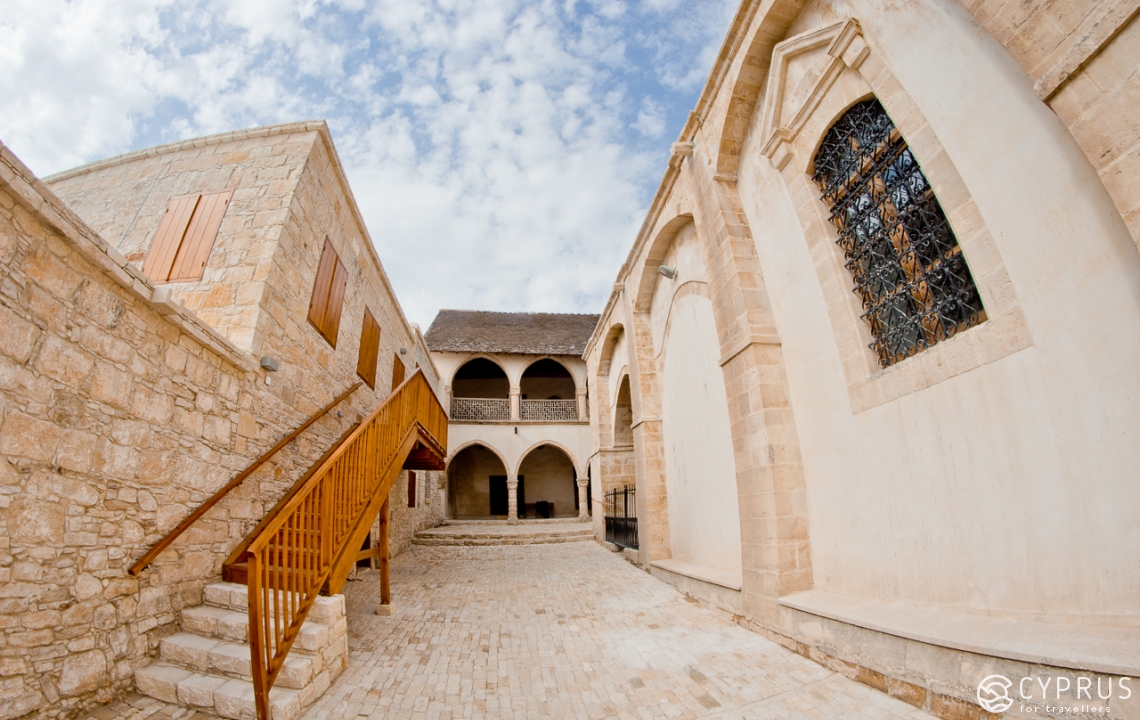 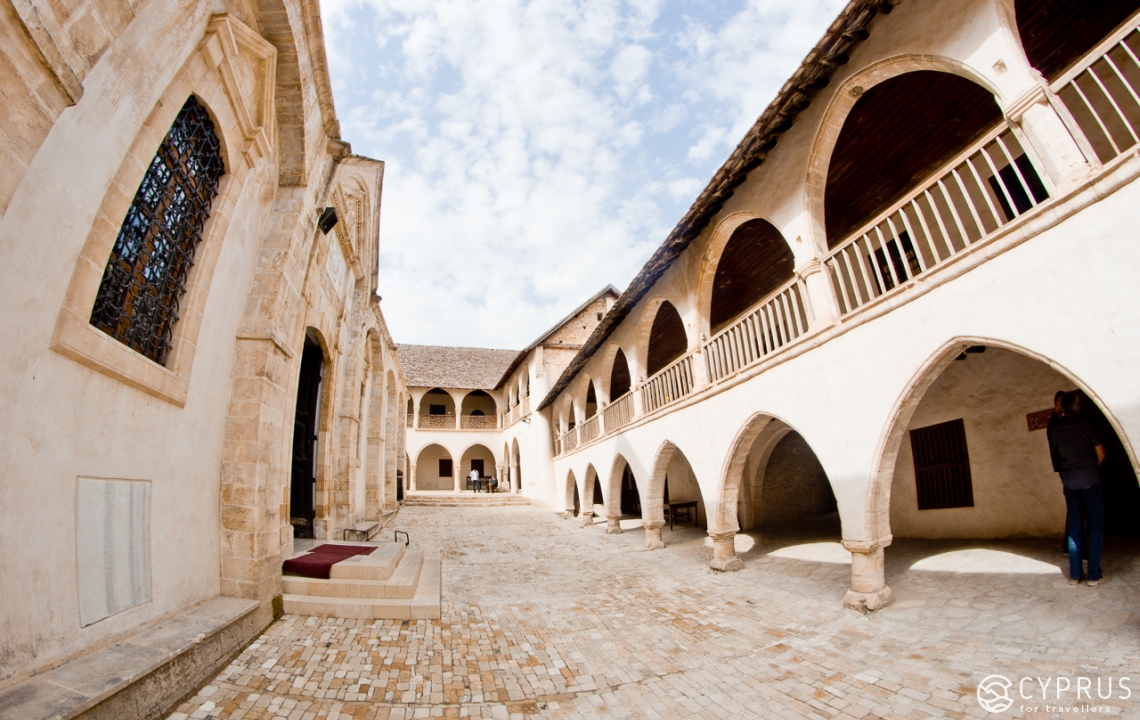 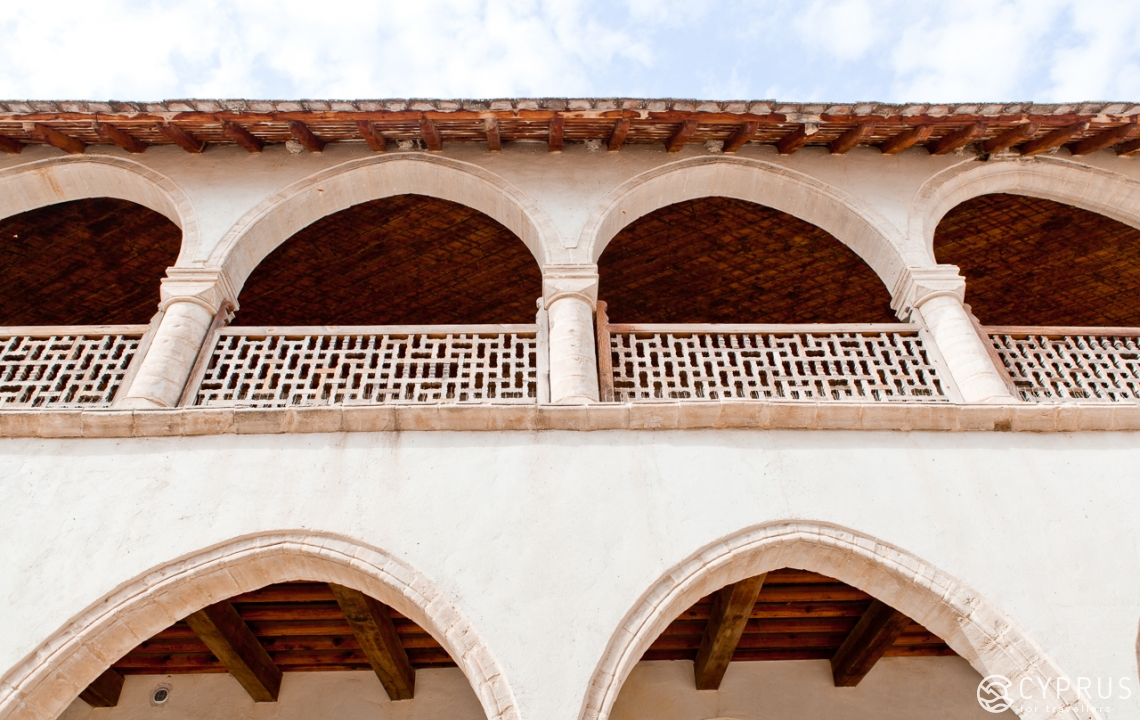 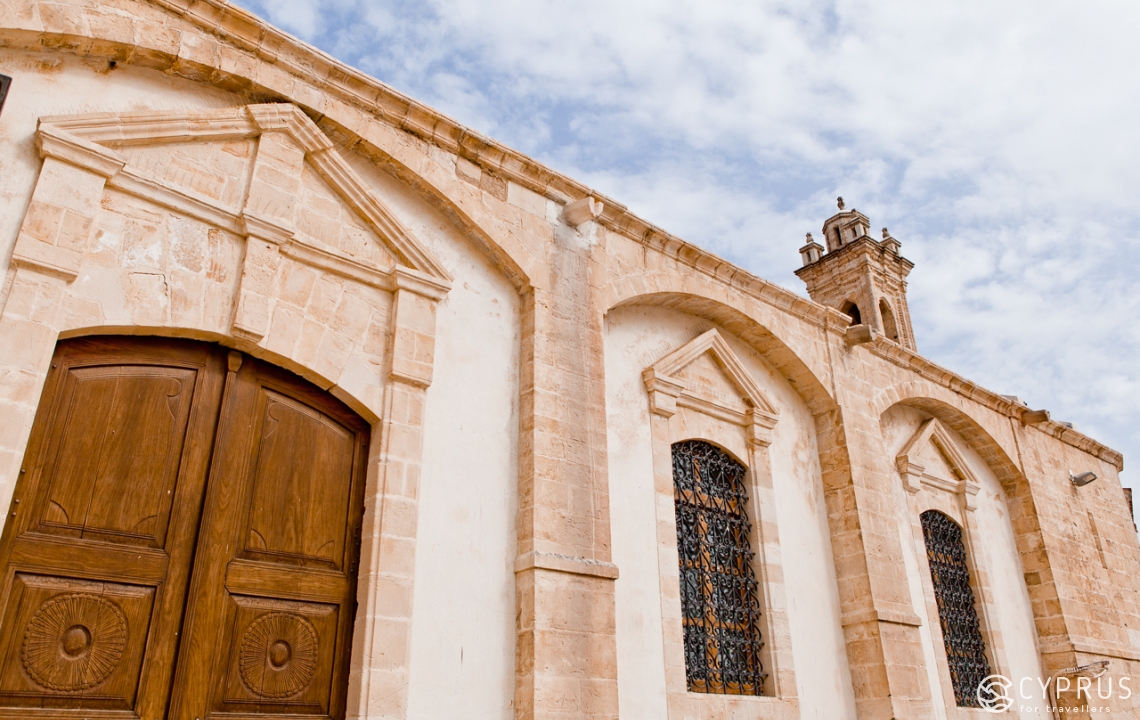 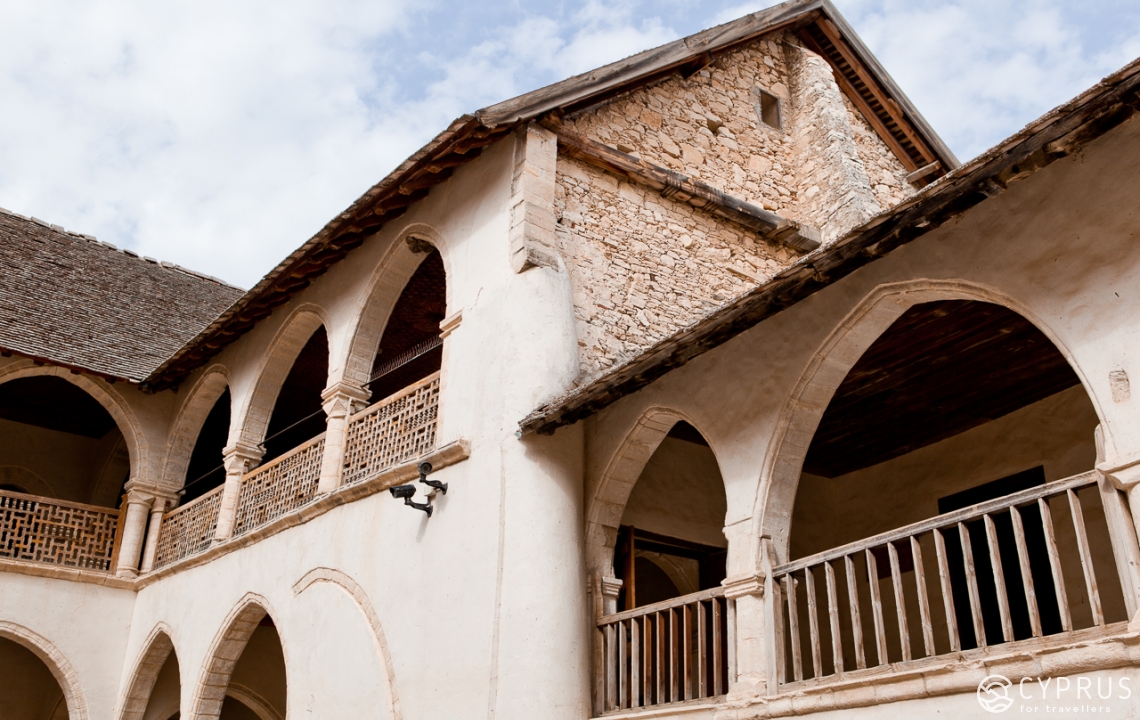 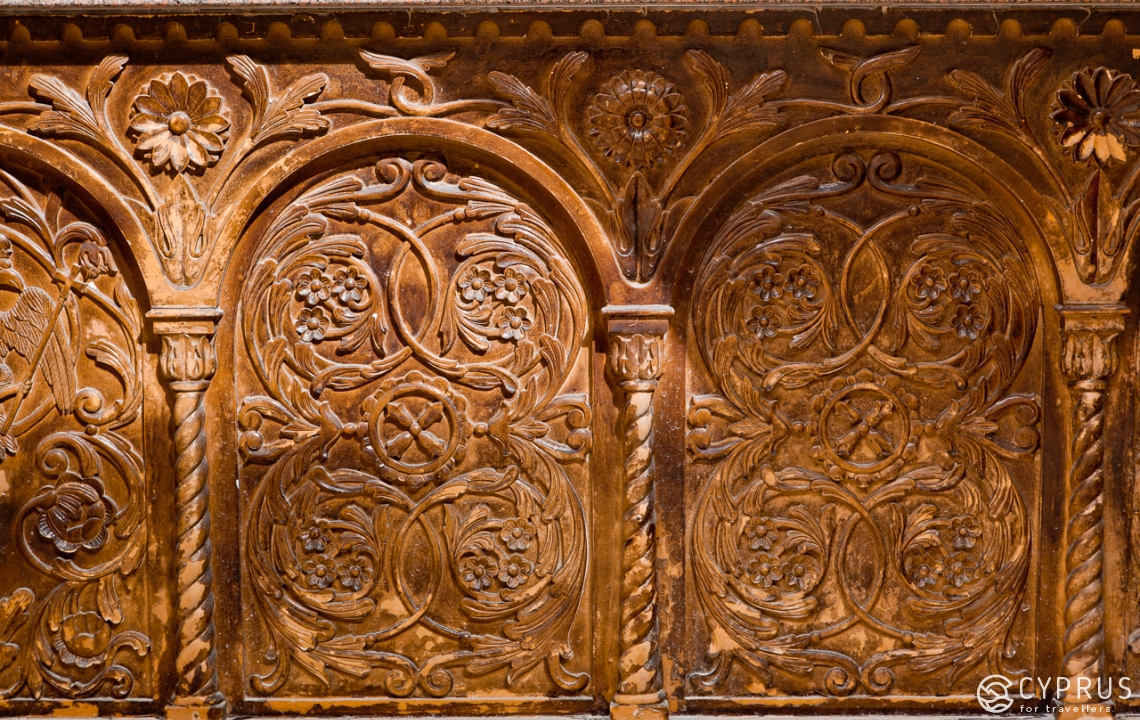 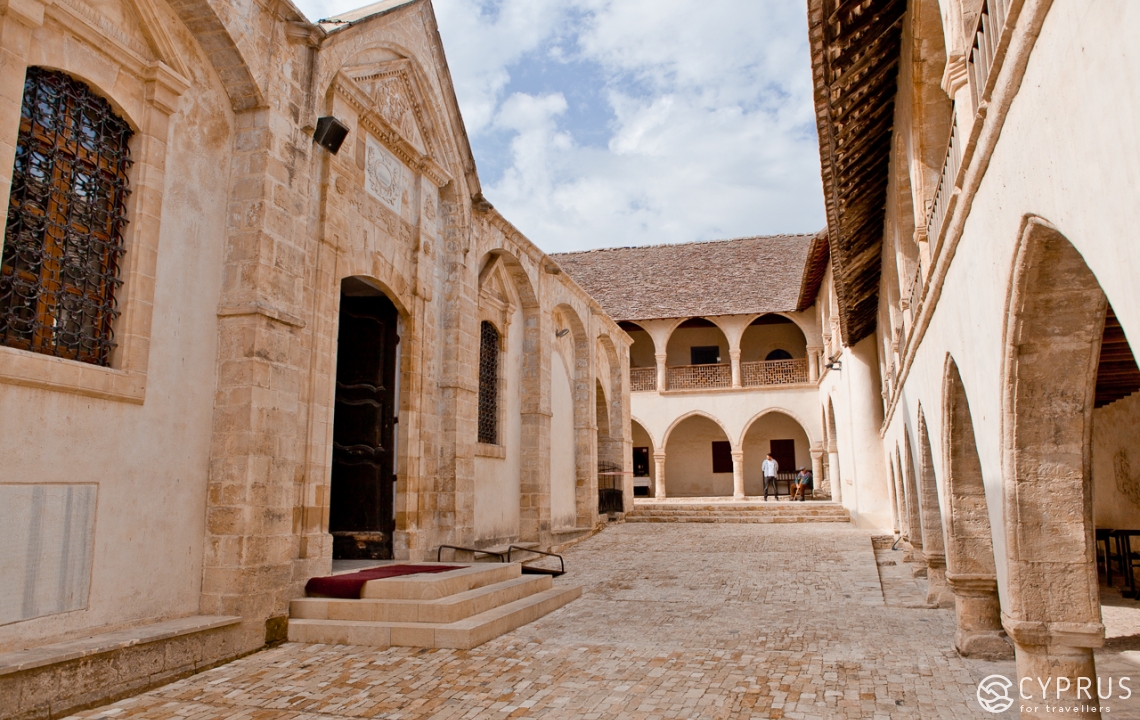 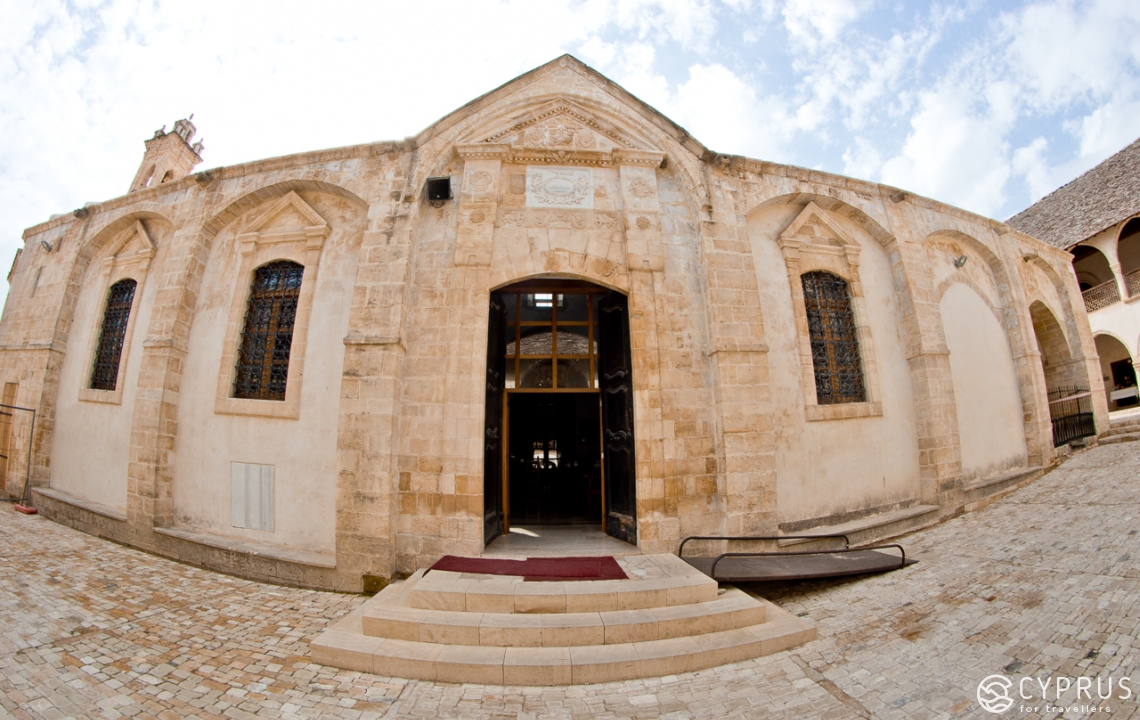 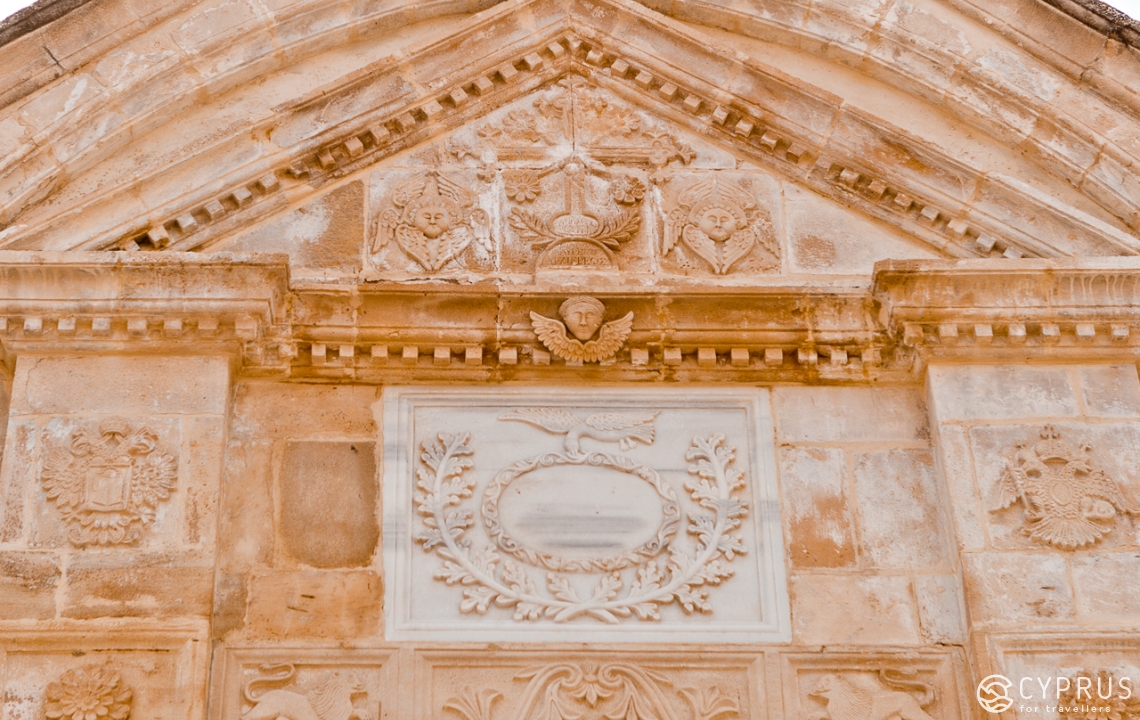 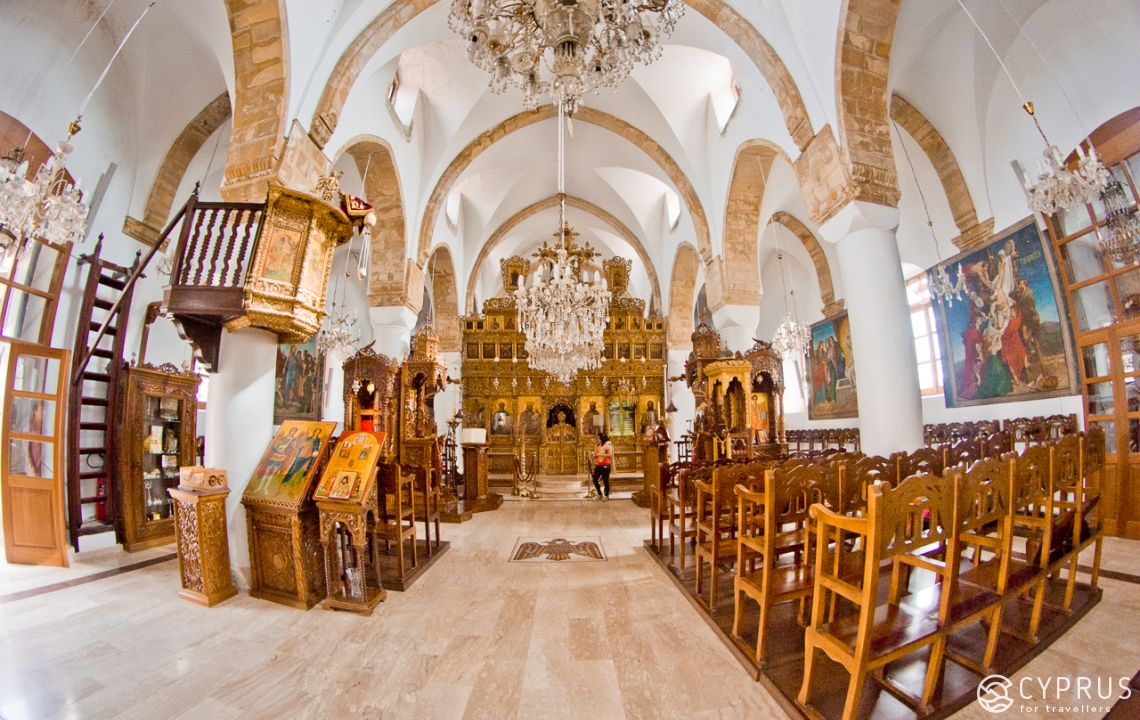 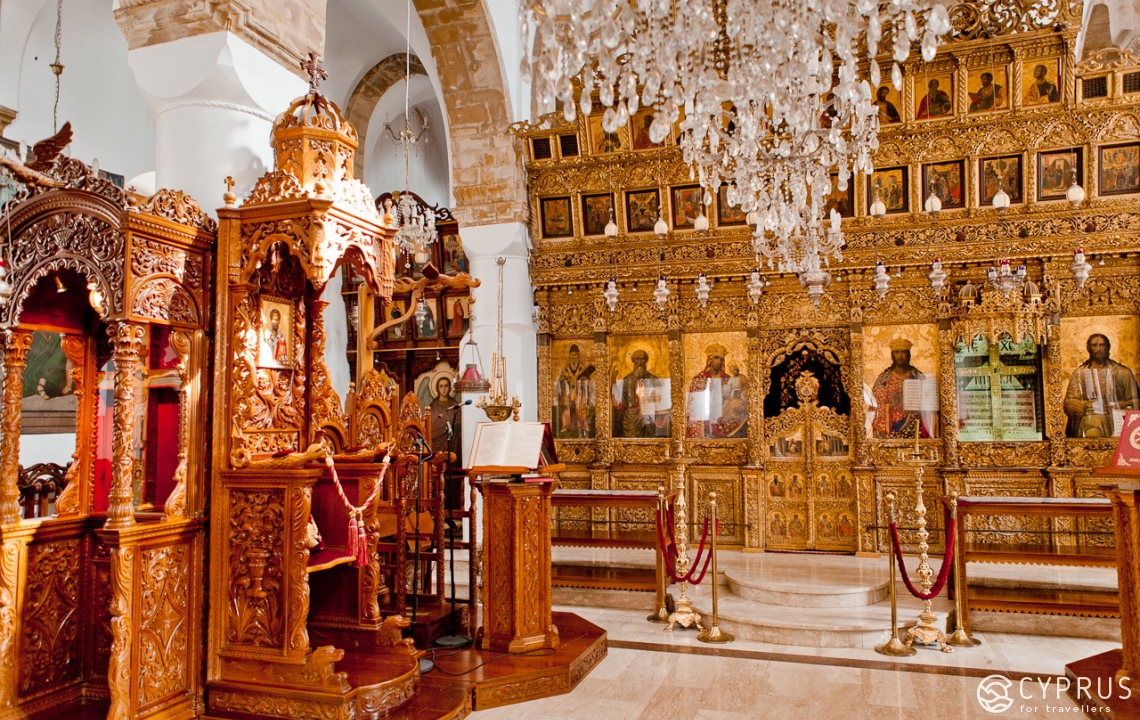 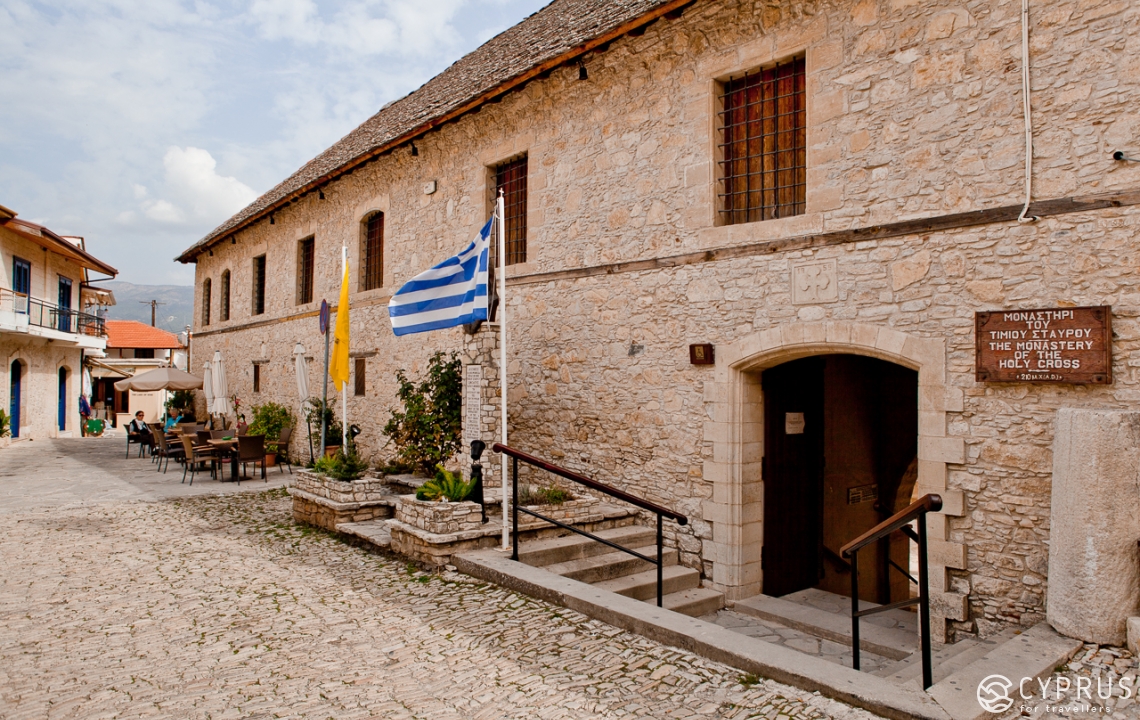 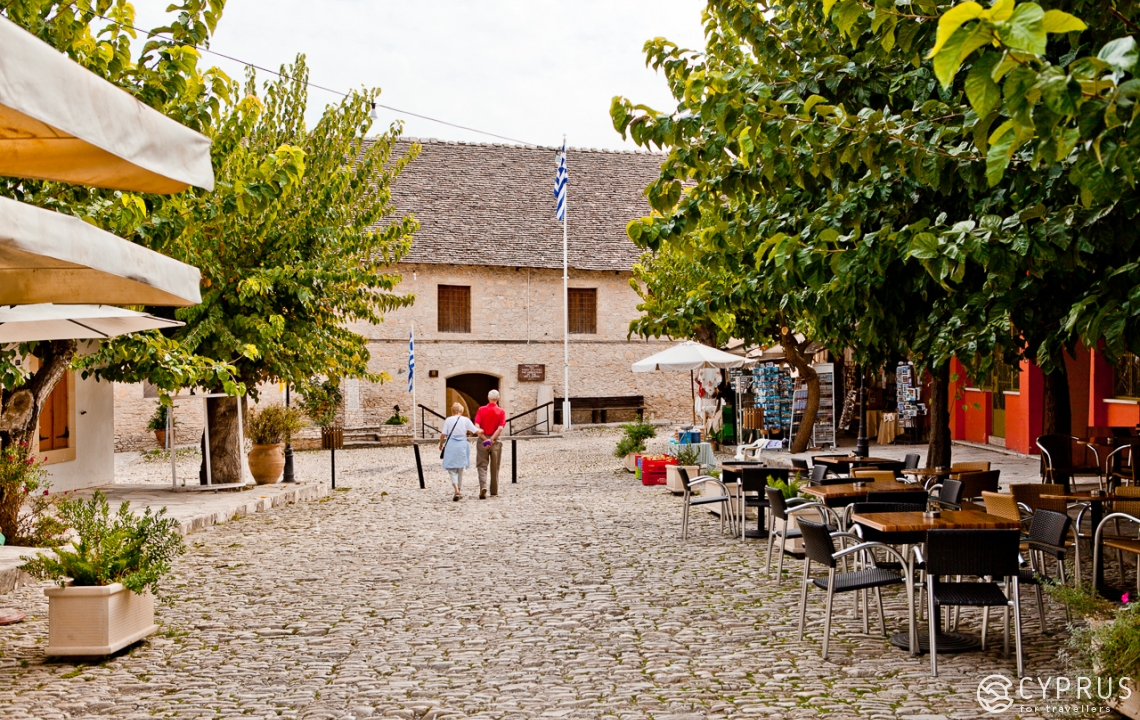 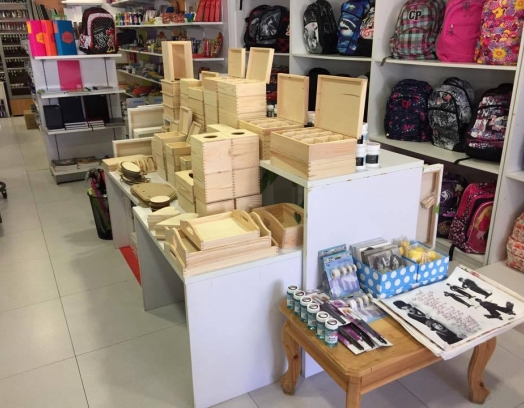 shop
Decoupage classes, Limassol
Decofrog Art is an arts and crafts shop in the...
4150 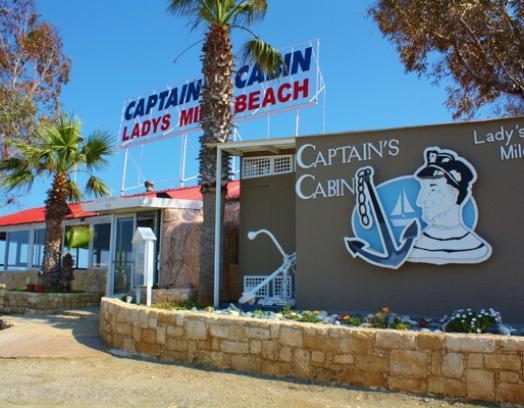 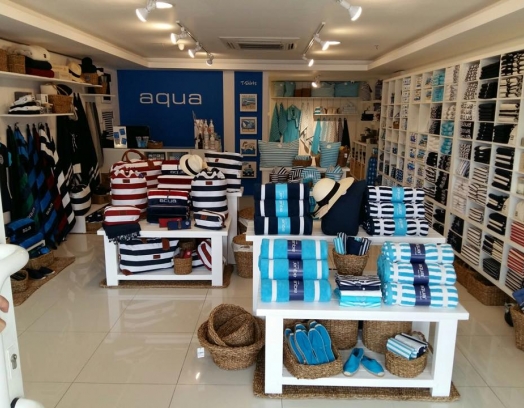 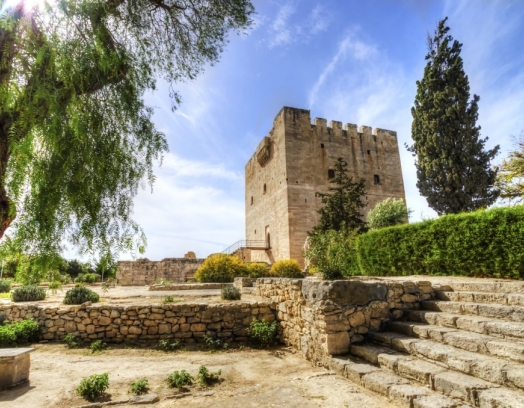 museum
Colossi castle
Colossi Castle is located to the west of Limassol.
2288 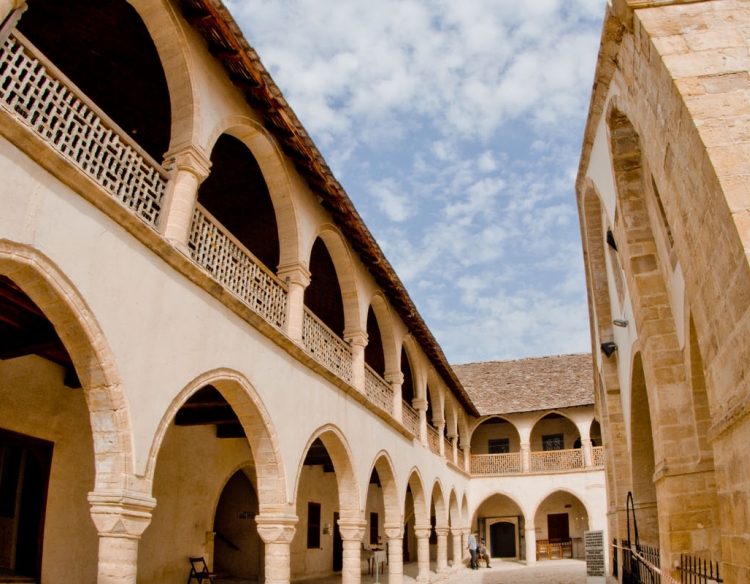 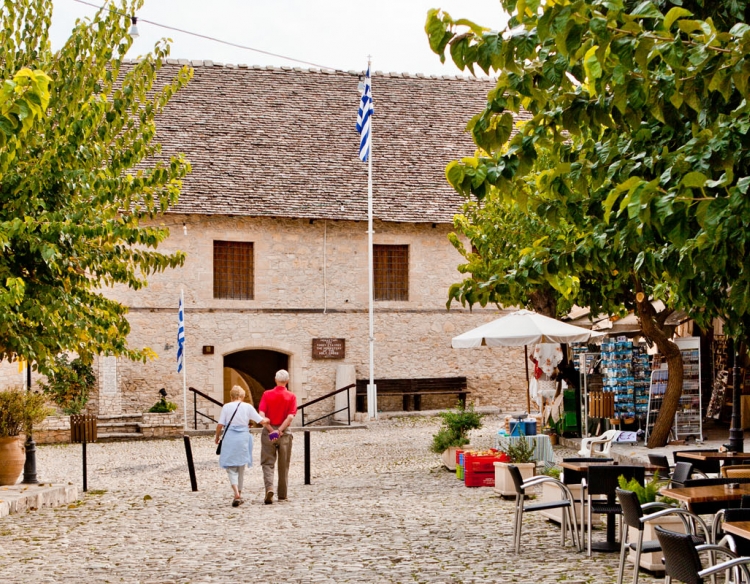 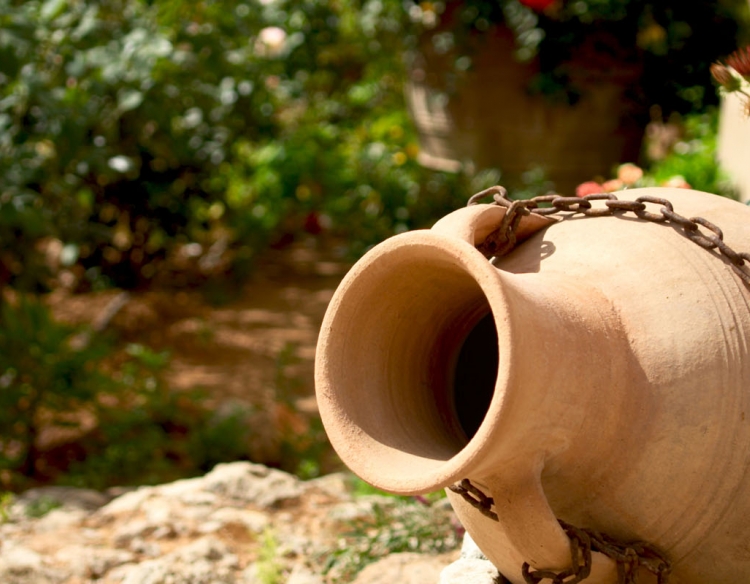