My guest today is a cheerful young man, who is open to new adventures and challenges. He spends every day creating new realities and animating historical and cartoon characters. Please meet Stan Tsvetkov — an artist and senior animator at Studio Zmei.

I have always referred to myself as an animator. But then everyone started using the word to refer to people, who entertain guests at hotels and beaches. So I had to switch to a different term: 2D animation artist, which is actually a pretty accurate way to describe what I do.

Now you know that I work with moving images and have nothing to do with children’s events, entertainment or tourism.

My childhood was incredible! Our games were very simple and removed from modern technology, which made them both cool and engaging. We could play outside till the very end of the day without giving our parents any trouble. Nowadays the neighborhood, where I grew is considered unsafe for children to play outside.

After finishing fourth grade my parents and I moved to a town, where my father had grown up. My parents had rented a summer movie theater there. We spent about two and a half years in that town, during which I decided to become an artist. After that we moved to Sofia. In high school I took classes in art, sculpture and wood carving. My professional aspirations became completely clear to me towards the end of my studies, so I went to an animation studio to master the craft. My learning experience was so multi-faceted: I was getting full exposure to the art and business of animation and working under the guidance of the head of the studio. All this gave me a great start in the industry. This was the beginning of my journey into the world of animation.

My mother told me that I began making attempts at drawing even before I could walk or talk. And I guess I’ve been drawing ever since, which is my whole life.

I remember going to the 5th or 6th grade when a new animated film called Asterix and Obelix came out. I had put up the poster for that film in my room and kept staring at it for hours wondering how the creators of the film managed to bring these characters to life. This is when I made a promise to myself that I would one day figure it out. Ten years later I was working as an assistant to the animation artist on guess which film. Exactly! It was “Asterix and the Vikings” — the last film about the adventures of Asterix and Obelix in 2D.

I love everything about my profession. It is my dream job. They say that you should turn your hobby into a job. I am so glad I’ve been able to do just that.

I can recall numerous funny incidents from my job. There was one time, when we were trying to hire assistants for our animation studio in Bulgaria and we had put together an entry test for each candidate. There was this one young woman who came in, picked up her test and then an hour later I noticed that she was still struggling to finish it (her task was to draw a scene). I approached her and asked: Which art school did you finish? She said that she had never studied art before and had instead gone to a finance school. Despite having never held a pencil in her hand she believed that animation was her dream. Needless to say she didn’t get the job.

As far as hobbies go, besides animation, I also like playing computer games. However, I have very little time to play games now. I also like cooking. I’ve started eating healthy recently and working out.

My parents and sister were the first to move to Cyprus in 2006. Then I came to visit them in August 2008 for a summer vacation and stayed for three months. Then in November 2008 I officially moved to Cyprus.

I didn’t come alone. I brought my computer and all the necessary equipment to continue working. But with the arrival of the summer season I decided to add a little bit of spice to my life and took a job as a bartender, spending all of the remaining time doing animation. That was my first year in Cyprus. After that I settled down and focused entirely on animation, which is what I continue to do to this day.

I have to say that when I moved to the island animation was hardly a popular genre and it was quite difficult to find freelance work. But I didn’t let it stop me and continued looking for new opportunities. I found a job on local television and spent several years there. Then I moved to an online casino — a job that yielded new contacts and recommendations, so more clients came my way.

Nowadays, I like seeing how much animation has grown as a genre here in Cyprus and how more and more people are joining the industry.

Animation is the kind of work that you can’t do without feeling inspired. I am inspired by practically anything: a song I overheard, something I saw while walking in the park or a conversation I had with someone. Whenever I am watching movies I like to note anything that I could later use in my work. But that’s not all: sometimes even lying on a coach and doing nothing can inspire me (laughs).

You have to keep in mind that moving to a new country always entails major changes. The first such major change for me was getting used to left-hand traffic and making sure I didn’t get hit by a car when crossing the street. Then I had to get used to other things like not going to the bank after 1pm or avoiding grocery stories in late afternoons on Wednesdays and Saturdays. And what became clear to me was that in order to get used to new things I had to change myself first.

Cyprus has been my home for the last 8 years and this means a lot to me. It was my choice to come here and I am glad I made it. Obviously, I miss Bulgaria. But when I go back for a visit after only two weeks of being there I begin to miss Cyprus.

What does being or becoming a Cypriot mean to me? If you are referring to sitting all day drinking frappes and eating souvlaki, then obviously it’s not too hard. He-he I am only kidding. But on a serious note, I don’t think it’s that easy to become somebody else. When you look at the way people live in other countries, you may think that it must be easy. But then you move there and start living among these people and seeing that you were wrong. So I don’t think that it’s easy to become a Cypriot or a Bulgarian or anyone else for that matter.

Do you know what strikes me the most about Cyprus? It is how calm people are here. I have seen people withstand incredible stress here and face situations that I thought were completely hopeless without giving into panic. This amazes me deeply. It kind of reminds me of “Asterix and Obelix,” where everyone was more concerned about the sky falling on their heads then the possible neighbor attacks, diseases, floods or other disasters. Staying calm and relaxed — that’s what matters the most now when we are practically surrounded by stress.

I run into other expatriates from Bulgaria on a daily basis: at the supermarket, in a parking lot or while shopping. There are numerous Bulgarian shops, which I also tend to frequent. I like interacting with people from different countries also because my work requires communicating with people from around the world.

I like to spend free time resting at home or going to the beach, for a walk or having a picnic in the mountains. Anytime I step away from my computer already feels like a vacation (smiles).

I would like to one day go to a tropical island and live in a wooden hut, where there is no television, no computers and the only thing you are surrounded by is the sea. I would like to go to Japan at some point — I am mesmerized by its traditions and customs.

To anyone who wants to come to Cyprus I would recommend first learning as much as he or she can about the island to make the trip more enriching. Don’t spend all of your time lounging on the beach. Visit the local villages, go up to the mountains and visit the local historical sites. But most importantly, don’t forget that this is the island of Aphrodite! For anyone who stays here longer I recommend trying to relax and enjoy life the way Cypriots do, because this is one of the best places on earth!

Do visit Ayia Napa and have a taste of its nightlife. It doesn’t matter how old you are (as long as you are over 18 years old). There are numerous other interesting places to explore here in Cyprus. I recently discovered 40 specially equipped picnic spots in the Troodos mountains — can you imagine that? If you head to the top of Cyprus, you will pass by many villages where you should stop and try local sweets, olives (as well as other olive-based food such as pies) and taste the wine, of course. The area is also a hub of archeological treasures, many of which are related to Aphrodite and her birth. So do keep traveling and learning and you will never regret it.

Special project
Michalis Costa: Appreciate Your Life!
Island residents talk about themselves and their life in Cyprus
96

Special project
Geya Karypidou: in Cyprus I’m at home
Island residents talk about themselves and their life in Cyprus
197

adventure park
Red Bus tours around Cyprus
The famous two-story bus that takes you around...
2082 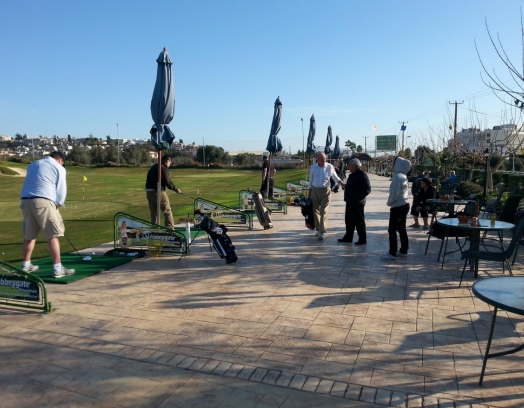 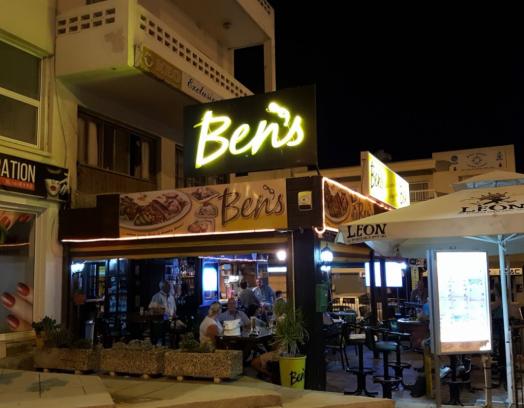 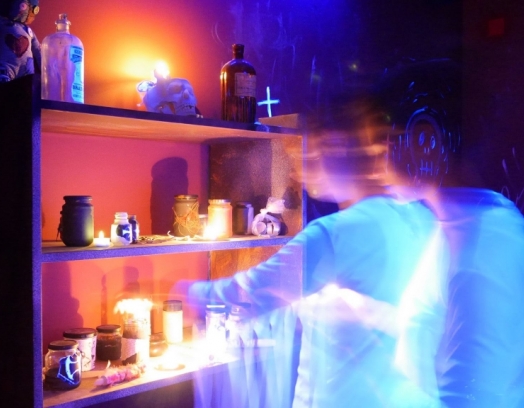