It is a good tradition to gather with family and friends and watch movies during New Year and Christmas holidays. Our Christmas movie guide can help you to choose one or several comedies, family and romantic movies with a Christmas feeling.

A Christmas Story was shot by Bob Clark in 1983. This Christmas comedy soon became popular and appeared on the list of 250 best films according to IMDb.

The only thing nine-year-old Ralphie Parker from Indiana wants to get for Christmas of 1940 is a certain type of an air rifle, but nobody seems to rush to buy it for him. But Ralphie still believes that Santa Claus is powerful enough to help him. Maybe Santa will love the idea?

In 2012 A Christmas Story-2, a sequel of the original movie was presented.

All I Want for Christmas is a 1991 touchy American romantic comedy. Robert Lieberman, the director, wanted to tell a story about Ethan and Hallie, two children from New York, who were eager to make their divorced parents be together again. It is not an easy task, especially considering that their mother had already found a new fiancee. But everybody knows that dreams come true on Christmas.

Jingle All the Way is an American Christmas comedy for the whole family shot by Brian Levant in 1996. It is starring Arnold Schwarzenegger as Howard Langston, an inattentive and absent-minded father and husband, who has only one day to find a toy his son, wants for Christmas.

Elf Christmas comedy directed by Jon Favreau was released in 2003. It is a story about a boy from an orphanage, who hid in Santa’s bag and was raised by a real elf. But as the boy grew up, he was getting more and more certain that he should try to find his relatives among humans. Finally, he found his soul mates and together they decided to show people what Christmas spirit is.

Fred Claus is a fantasy comedy family film shot by an American director David Dobkin and released in 2007. Fred is Santa’s brother and his antipode. He is disappointed with the idea of Christmas and all it involves. Even so, it is Fred who should save Christmas and help his brother when he gets trapped. The movie also provides viewers with an interesting interpretation of Santa’s life at the North Pole: the magician and his family have the same human problems, just like us. The film stars Vince Vaughn and Paul Giamatti.

Surviving Christmas comedy movie starring Ben Affleck was directed by Mike Mitchell and released in 2004. Drew, a young businessman, is trying to find somebody to spend Christmas with after he had broken up with his girlfriend. Feeling desperate, Drew decides to pay 250 thousand dollars to a poor family to make them pretend that he is their son.

Deck the Halls is an American family comedy about two neighbors, Steve and Buddy, their confrontation, and the Christmas lights so bright that they can be visible from the space.

The movie was directed by John Whitesell. It is starring Danny DeVito and Matthew Broderick.

Love Actually is a romantic Christmas-based film directed by Richard Curtis and released in 2003. Ten different stories develop independently but appear to have unexpected links and connections while Christmas is approaching. The film is about people who are so much unlike each other but have the same desire: to love and to be loved. But how different this feeling can be? The film is starring Hugh Grant, Keira Knightley, Rowan Atkinson and other famous actors and actresses.

Bridget Jones's Diary is a 2001 British-American comedy based on the novel by Helen Fielding and shot by Sharon Maguire and her crew. The central figure of the movie — Bridget — is 32 and she is not an ideal woman worried about her weight. But, as many other ordinary women, she wants to change her life and find love. And again, as many other girls of all ages, she regards her diary as her best companion.

The second movie about Bridget is called Bridget Jones: The Edge of Reason. It was released in 2004 and directed by Beeban Kidron. In this movie, Bridget has another chance to choose between two men we remember from the first part of the film.

The Holiday is romantic American comedy shot by Nancy Meyers starring Kate Winslet, Cameron Diaz, Jude Law and Jack Black. This is a simple and kind story about two beautiful and successful women who live in 10 thousand kilometers from each other and are both disappointed with their boyfriends. On the Christmas Eve, they find each other on the internet and decide to swap homes for two weeks and see what happens. It is a pure Christmas miracle that does the rest.

The movie was nominated for the Best Kiss by MTV movie awards.

Another Christmas Story Joulutarina was shot in Finland in 2007. It tells us about an orphan boy named Nikolas who was raised in a small Lapland village. The boy spends a year, from Christmas to Christmas, in each house in the village, and each Christmas, before he moves, he gives hand-made presents to his foster-parents. How will talent and attachment to people change the boy’s life?

This Finnish Christmas Story, an alternative Santa Claus’ biography, is a family movie which helps viewers learn more about the New Year folklore in Finland.

Charlie and the Chocolate Factory is a Christmas fairy tale told by Tim Burton, a famous American director, producer, writer and more. This is the second adaptation of the novel by Roald Dahl, which is recommended for kids from 6 years old.

Two main characters of the movie are Charlie Bucket, a boy from a poor family, and Willy Wonka, a rich and extremely talented but lonely owner of the chocolate factory. There are a lot of curious and nice details in the movie, which is also known for spectacular shootings and unforgettable Johnny Depp’s play.

Gremlins is world-famous comedy horror film released in 1984. Steven Spielberg was involved in the creation of the film as an executive producer, and Joe Dante — as a director.

Nothing disturbs Billy until he receives a strange present from his father — a furry creature called mogwai. Soon the whole gang of Gremlins — unpleasant and mischievous monsters — come to life and threaten Billy’s hometown, and the young man takes the chance to save people and reach the attention of the girl he is in love with.

Gremlins is a family movie, but still it is a horror movie, so be sure to watch it with children over 12.

Miracle on 34th Street is one of the most popular Christmas movies shot in the USA and directed by George Seaton. The movie is based on a story by Valentine Davies. Americans loved the film: 4 remakes and one musical are based on the original movie.

The main character, an old man named Kris Kringle, works as a Santa Claus in a big shopping mall. He is able to attract hundreds of new customers and «perform a miracle». But Kris has a worst enemy, a therapist, who is trying to convince the old man that he has imagined himself to be a magician and gone mad.

The film won three Oscars. The original black and white version was later colorized. In 1994 Les Mayfield shot a remake — a Christmas story about a small girl named Susan who does not believe in Santa Claus but keeps wanting to have a father and a newborn brother. The film was nominated for «The Best Male Supporting Role» by Saturn awards.

Scrooged was shot by Richard Donner in 1988. It is a satirical story about shadows of the past, the present and the future that are trying to reeducate a cynical and cold-hearted businessman on the Christmas Eve. The movie is starring William Murray.

Scrooged was nominated for Oscar and for Saturn Award.

Dr. Seuss' How the Grinch Stole Christmas is an American family comedy film starring Jim Carrey based on the story written by Dr. Seuss. Ron Howard, the director, introduced Grinch, a green creature who decided to steal Christmas, to the whole world. Film (more, than the original story with pictures) focuses on the consumerism which goes hand in hand with the holiday.

Rare Exports: A Christmas Tale is a 2010 Finnish family thriller directed by Jalmari Helander. The action of the movie takes place in Northern Lapland, where an American research team is working on the top of the fell. Soon workers find out that the whole fell is an ancient burial mound and start wondering what is hidden inside of it.

Two local boys, Juuso and Pietari have their own idea about the origin of the burial mound. And as the Christmas day is approaching people who live in the town get more and more scared with reindeer slaughters and children and electrical appliance disappearing. What is happening in the small Finnish town and who is responsible for it?

The Polar Express is a Christmas 3D animated film directed by Robert Zemeckis and based on the book of the same name by Chris Van Allsburg. It is a story about a boy, who takes a train to the North Pole to meet Santa Claus he does not believe in. On his way, the boy meets new friends and goes through a lot of adventures together with them.

The boy’s appearance is based on the childhood photographs of Tom Hanks. The soundtrack to the film with songs by Alan Silvestri and the New Year compositions from different years was released as a separate CD in 2004.

The Nightmare Before Christmas is an animated musical with Henry Selick as a director and Tim Burton as a producer and co-scriptwriter. The action takes place in Halloween Town, residents of which specialize in the art of terrifying people on Halloween night. When one of them, a skeleton named Jack Skellington, gets tired of performing the same old tricks every year and decides to try to become Santa, his life changes dramatically.

Home Alone must be the most well-known Christmas movie in the world. It raised the record-setting sum of money during first 29 weeks of distribution. A commercial success of the film was so huge, that 4 more parts were released in the following 12 years, only one of which continued the original story and received a favorable report from critics and the auditory.

McCallister family is off to Paris for Christmas, while one of the sons named Kevin is accidentally left at home. At first, the boy enjoys freedom: pokes around in his brother’s belongings, watches Angels with Dirty Faces and eats as much ice-cream as he has never dreamt of. But Harry and Marv, two local robbers, soon find out that the family is not at home and decide to pay a visit. While panicking parents, sisters and brothers try to return from Paris to Kevin, he has to stand against two not well-mannered and dangerous adults, making us, the viewers, cry, and laugh.

Home Alone 2: Lost in New York is the second film about Kevin, in which he is left alone again - but this time with lots of money and in New York. The only bad thing about it is that his old acquaintances, robbers Marv and Harry, have just escaped from prison and are now longing for vengeance.

Both movies star Macaulay Culkin. The director is Chris Columbus. 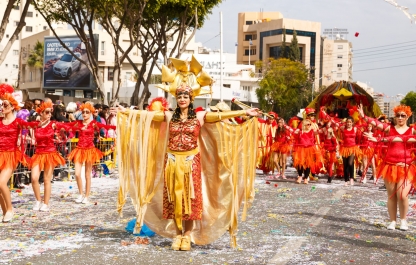 Fun
Public Holidays and Festivals in Limassol and its Vicinity
1908 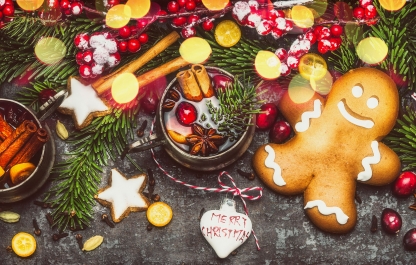 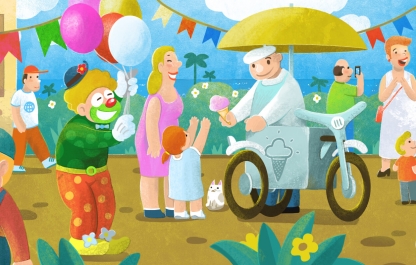 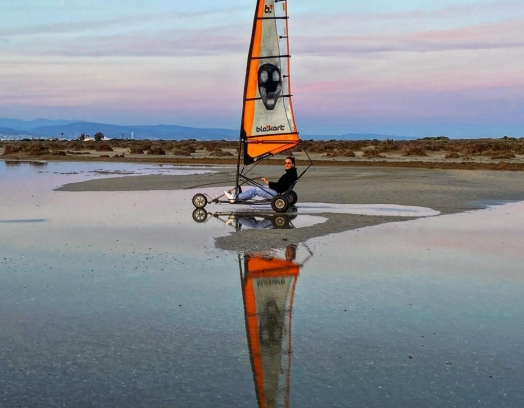 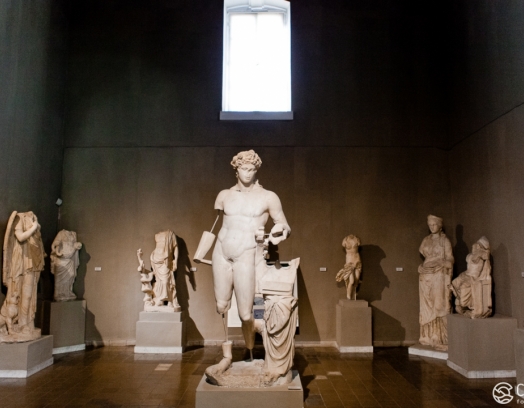 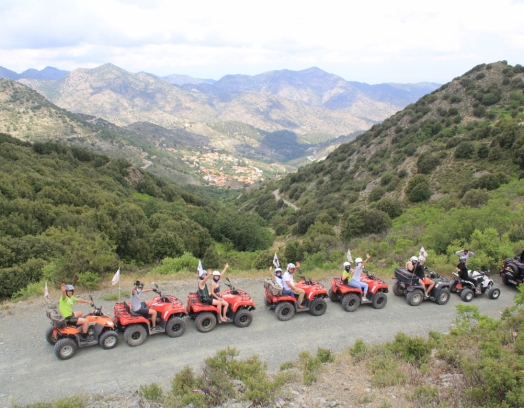 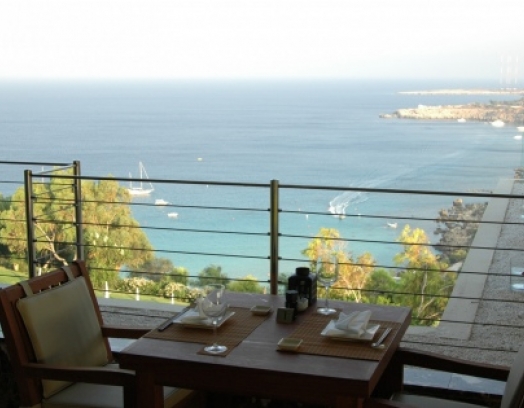