Movies That Will Cheer You Up 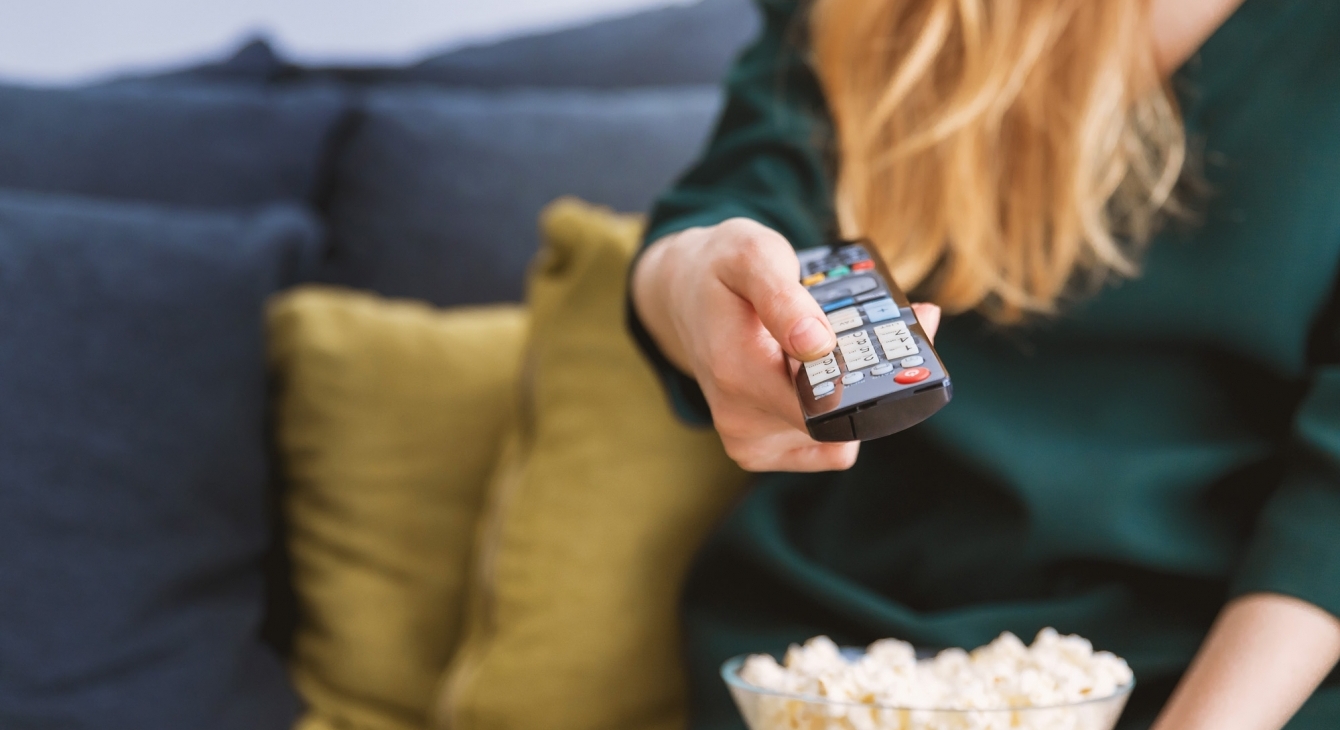 However days of working from home are over, doctors still recommend to stay home as long as possible. We just have to wait a bit and the life will be gradually back to normal. To help you waiting for it, we made a list of cheerful movies that will tell you how to hide from this big world and easily come back after that.

“You don’t have time to be timid. You must be bold and daring!”

Arrogant prince Adam offends a wizard, who turns him into a horrible monster as a punishment. The spell could not be broken until he learns how to love and will be loved back. Ten years later, a girl named Bell becomes a prisoner in the castle of the Beast while saving her father Maurice. With the help of enchanted servants of the castle Bell is trying to get through to the cold heart of the Beast and get him out of his shell.

“I plan on broadcasting from this boat till the day I die......and a few days after that.”

In the mid 60es the BBC radio plays some cute pop songs only. A group of rebels are broadcasting from their own radio station floating on a ship in the North Sea, which draws attention of half of England to it. Meanwhile a British Prime Minister gives an order to close all the illegal radio points within a year.

“This is part of growing up. A little rebellion, a little adventure, that's good. Healthy, even.”

Princess Rapunzel was born with a gift — the hair that can heal. One night she was kidnapped right from her cradle by Mother Gothel. Several years later Rapunzel already has 21 meter long hair, a friend chameleon named Pascal and dreams about getting out of the tower, where Mother Gothel is keeping her. She gets a chance to escape and see the world when Flynn Rider, a bandit, climbs into the tower hiding from a chase.

“People who are different, their time is coming!”

The year 1962. Pleasantly plump and cheerful teenager Tracy Turnblad and her friend Penny Pingleton are devoted fans of “Corny Collins Show”. One day Tracy gets the chance to join her favourite show as a dancer. Not only the moderator but also Link Larkin, one of the dancers, is attracted to her talent. But Velma von Tussle, the director of the channel, hates Tracy and does everything to kick her out of the show.

“If you put your hand inside the mouth of an invisible person, would your hand disappear?”

Welcome to Hotel Transylvania, where monsters and their families come to have a vacation far away from those scary humans. The owner of the hotel — a vampire Count Dracula is raising his only daughter Mavis, who is fond of real world, but her father is strongly against it. Until one day an ordinary American tourist called Jonathan stumbles upon the hotel.

The Secret Life of Walter Mitty, 2013

“Life”, an American popular magazine, is going to adopt paperless issues only and closes its department of illustrations. Walter Mitty, a staff member of the department, is a dreamer who escapes his boring life by living in his fantasies. By the way he has a crash on his colleague Cheryl, but he’s to shy to make a confession to her. The cover of the last paper issue would be a photo by the best photographer of the magazine Sean O’Connell. But Walter can’t find the photo anywhere, so he decides to go to a trip after Sean hoping he has a picture with him.

“Some people are worth melting for”

Eternal winter falls on the kingdom Arendelle. Princess Anna, iceman Kristoff and his reindeer companion Sven go on a dangerous adventure to find sister of Anna — queen Elsa, who can remove the frozen spell from the country. Stone trolls, friendly snowman Olaf, high mountain peaks and unexpected villains are waiting for them in their way.

“When you read, don't try to guess what the author is thinking. Think for yourself "

One day a new English teacher John Keating appears in a conservative and traditional American private school for boys. He differs from other smug teachers with his unorthodox teaching methods and easy-going manner of talking with students. He helps few students to finally draw out of their shells to get closer to their dreams and seize the day.

“Do not get comfortable. Your welcome is officially worn out.”

Once upon a time in a far far away kingdom there was an ogre called Shrek, who lived happily in his swamp until the day when his piece was destroyed. By order of Lord Farquaad all the magical creatures were exiled to Shrek’s land — his precious swamp. In order to get rid of uninvited guests, Shrek together with annoying talking Donkey goes on a quest to rescue a princess, trapped in a tower guarding by fire-breathing dragon. It was a part of the deal with Lord Farquaad, who wants to marry a princess and became a king. But it seems like the princess keeps her own secret.

Hector and the Search for Happiness, 2014

“Avoiding unhappiness is *not* the road to happiness”

A bit eccentric but absolutely charming therapist from London named Hector understands that he’s facing a crisis in his life — he can’t make his patients feel happy no matter how hard he tries. To be able to help both his patients and himself, Hector is going on a trip to find the answer on a question, does happiness exists and if yes, how you can find it.

“That might sound boring, but I think the boring stuff is the stuff I remember the most.”

Carl Fredricksen is a grumpy 78 years old widower who has a solitary life. One day he decides to fulfill a promise he made a long time ago and to see what adventures await in South Africa. To make the whole trip more comfortable he travels with his own house equipped with thousands of balloons. It happens by an accident that 8 years old Russell, a Boy Scout and incorrigible optimist, goes with him too. Looks like the boy can put at risk Carl’s big plan.

“Yeah some of our clothes are from victims. You might bite someone and then, you think, 'Oooh, those are some nice pants!'”

Three immortal vampires: Viago, Deacon and Vladislav are living together in a house and try to survive in the modern world, where it gets more and more difficult to find human blood — not much easier than to pay rent, to get inside a nightclub, do household chores or dress stylish. A good sense of humor and a little bit magic will do the trick.

A new patient arrives at Home for the Disabled; his name is Rory O’Shea and he is confined to a wheelchair because of the muscle atrophy. He’s sharing a room with another guy — 24 years old Michael who almost can’t move too because of cerebral paralysis. Rory’s strength of character and love of life change Michael’s days — he not only meets new friends and love but also learns how to live by his own.

“I don't want a childhood. I want to be a ballet dancer.”

The year 1984, UK miners’ strike. Billy Elliot is 11 years old boy who, against the will of his father and brother, wants to do ballet instead of boxing. But sharp-tongued Mrs. Wilkinson and his classmate Michael Caffrey support him in his desire to dance. Thanks to Mrs. Wilkinson classes Billy gets the chance to enter the Royal Ballet School in London.

“It is difficult to admit one is wrong, particularly if one has been wrong for a very long time.”

Ove is an ill-tempered retiree who annoys the neighbours with his endless nagging all the time. Left on the wrong place trash, double-parked cars and lazy officials are enough for him to push the button. One day a new family moves in the house nearby: a pregnant wife called Parvaneh, her noisy kids and klutz husband who can’t even park a car in a proper way! Ove has to teach them literally everything! Looks like he has no time for his depression now.

Movies are perfect source of inspiration and positive thinking that we need so badly right now. We hope that films from this short list will make you smile and help you to spend the time with encouragement and humor.