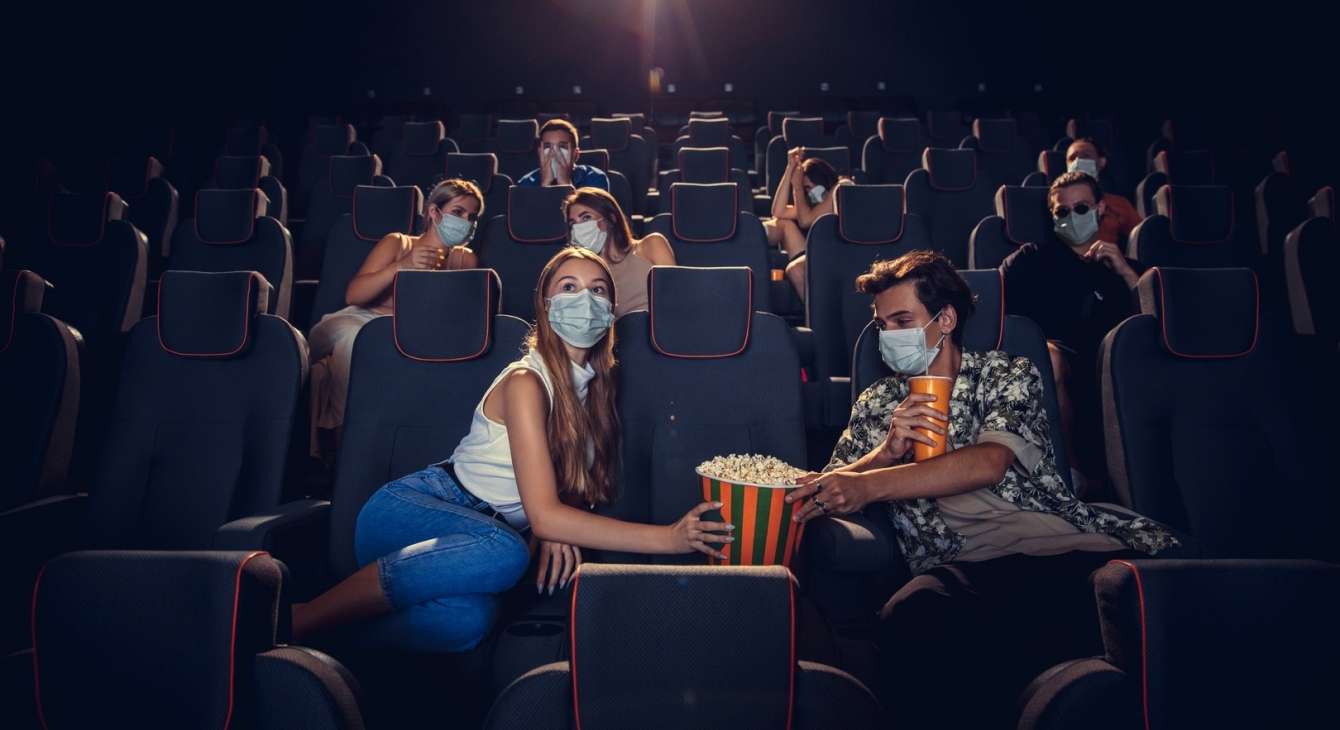 November has come and brought presents for film fans — here are horrors for those, who want to prolong the scariest night of the year, Christmas movies if you already feel it in the air and also a new animation movie by Thomas Moore — one of the best animators of Ireland. Are you intrigued? Read more in the review below!

Retiring chief George and his wife Margaret mourn the passing of their son. When George and Margaret discover that they have a grandson, they leave their rancho in Montana to save the child from a dangerous family he got to.

Charlotte’s life was touched by a tragedy — she lost her boyfriend she is going to have a baby with. His family takes care of her. Pretty soon she is strangled by their help, but unfortunately it seems like there is no way out of their house.

The Dark and the Wicked

A family gets together to mourn the death of a married couple in a remote farm. Nightmares wake up with the beginning of the night and something dark enters the house.

A Man travels from Oklahoma to France to help his daughter, who was arrested for murder.

Former detective moves to the house in the forest, but he is forced to give up his solitary life and investigate a murder of an eccentric star.

A full-length continuation of “Monster Strike” anime that tells a story about the world of a smartphone game, which turned into reality.

Millie is an ordinary girl, who, as she says about herself, would be the first victim of a maniac in some horror movie. Ironically it is exactly what happens to her — she was killed by a maniac. But something goes wrong — next morning she wakes up in the body of her murderer. Now she has only 24 hours to put everything on its place.

England, 1840. Mary Anning, a well-known collector of fossils and amateur paleontologist, hires a carer, which she develops an intense relationship with.

A story about friendship of two boys, which only grows stronger with time.

Peter Pan and Alice from Wonderland were siblings. This movie reveals the beginning of their legendary adventures.

Billy is 12, he is rich and spoiled. As the other children, who behaved badly, he receives a coal as a Christmas present from Santa. Billy is so mad that he hires a hitman to kill the good wizard bringing presents for children. But he couldn’t imagine that in fact this killer is not the first one, who tries to get rid of Santa.

Holiday story about an eccentric toy maker, his adventurous granddaughter and a magical invention, which will change their lives forever.

A young hunter-girl and her father come to Ireland to kill the last wolf pack. But everything changes when daughter meets a peculiar girl from a mysterious tribe, the people of which, according to the legend, can turn into wolves.

Film producer Max Barber owes a large amount of money to a dangerous mobster. To get the money he decides to commit an insurance fraud. He needs to kill the main star of his movie for that. But there is only one problem — it could be not as easy as he thought.

Date A Bullet: Nightmare or Queen

A full-length continuation of an anime-film “Date a Bullet: Dead or Bullet”. A story of a young girl, who wakes up with amnesia in an unknown world.

27 years old Mire is an office worker. 22 years old Sora is a student, who dreams of becoming a teacher. 20 years old Reika is a waitress in okonomiyaki café. A strange coincidence brings them together and force to go on adventures.

Soukyuu no Fafner: Dead Aggressor — The Beyond Part 3

A full-length sequel to the anime series “Soukyuu no Fafner”.

The near future. Survived people live on drifting islands hiding from aliens that destroyed almost all the human race. The only weapon against aliens so far is “fafners” — giant robots operated by humans.

A son decides to follow in the footsteps of his father and become an MMA fighter.

Chloe is a teenage. She is confined to a wheelchair, takes tons of medicine and is homeschooled. Her overprotective mother Diana watches her every move. One day Chloe wants to get a little bit more freedom but it leads to unexpected consequences.

Stand By Me Doraemon 2

This is a sequel to full-length anime “Stand By Me Doraemon”. First movie is telling a story about unlucky boy Nobi and his great-grandson Sewashi, who travels back to the past together with his robotic cat Doraemon.

A romantic comedy about two girls in love, who want to celebrate Christmas together with their parents. But there is only one tiny problem — the family has no idea about the sexual orientation of their daughter.

The Croods: A New Age

The Croods, a prehistoric family, meets the family Bettermans, who claim to be more evolved. Now the Croods should proof them wrong.

The year 1973. Frank and his niece Beth take a road trip to Creekville for the head of the family’s funeral. Unexpectedly they are joined by Frank’s lover Walid.

A story of David Bowie’s first visit to USA in 1971 — a trip that inspired the musician to create his iconic alter ego — Ziggy Stardust.

Mio and Arata are childhood friends, however Arata is a little bit more than just a friend for Mio. One day after having an argument, Mio goes to Arata’s place to make peace but gets into an accident because of the rain. She wakes up in a completely different world.