Cuisine
Cypriot Cuisine: Salads and Appetizers
How to Cook Them
7019

Traditional Cypriot dinner is impossible to imagine without mouth-watering salads and appetizers, that tend to appear on the table in the very beginning of the evening. Green salad with fresh tomatoes and Feta cheese, olives (sometimes baked in foil), tzatziki — a cucumber dip, pickled veggies, tahini paste, caperberries, several types of cheese, fish and seafood salads, beans and other starters show that a dinner is about to begin.

We would like to tell you more about our favourite Cypriot salads and give several recipes for you to practise and enjoy original Cypriot taste at home.

Tahini condiment is made from toasted sesame seeds and is widely used by Cypriots as a dip sauce, a base for hummus, and, when mixed with water, as a dressing for salads and meals. 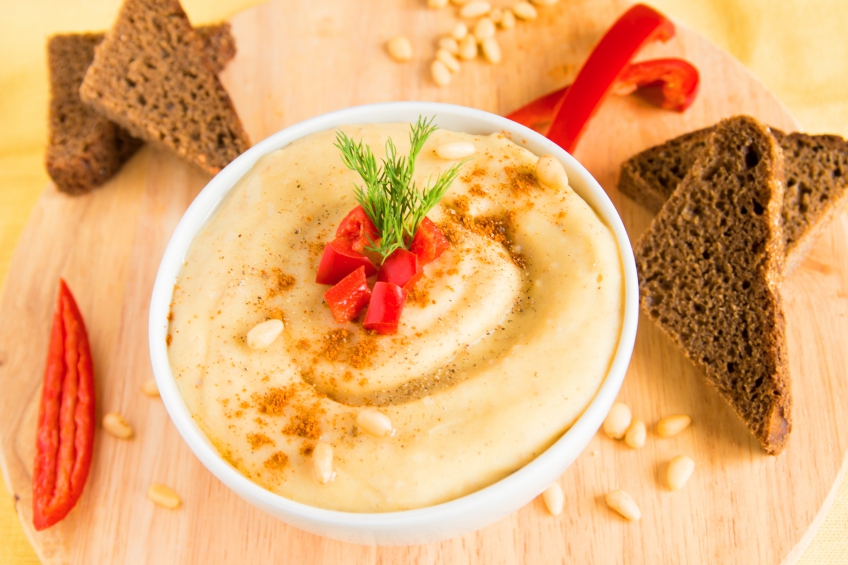 Sesame seeds are toasted on the frying pan for 2-4 minutes (until they are lightly colored). Then seeds are left to cool to be put in the a food processor for about 3 minutes. Add olive and sesame oil. Seeds should be grinded in a crumbly paste. Then put the paste into a jar and store in the fridge at least for one month.

Tzatziki is one of the most famous Greek dips. It is made from yogurt cheese (a strained yogurt), fresh cucumbers, garlic and greens. Tzatziki are usually served with some bread or vegetables for dipping or as a sauce for meat or garnishing. You can also use it as a topping instead of sour cream. 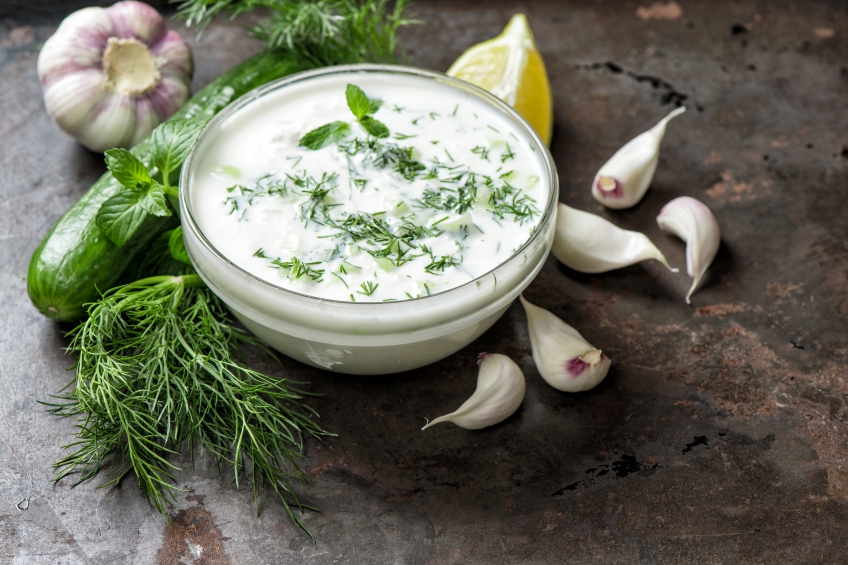 Mint and salt to taste

Peel cucumbers and grate them or cut in small pieces (do not forget to squeeze out grated cucumbers, otherwise sauce may turn out too watery). Then mix cucumbers, strained yogurt, olive oil, pressed garlic, mint and salt in a deep bowl.

Ahtapot Salatasi — an octopus salad — can give a dinner a real zest. This Cypriot salad is usually served with bread and butter. 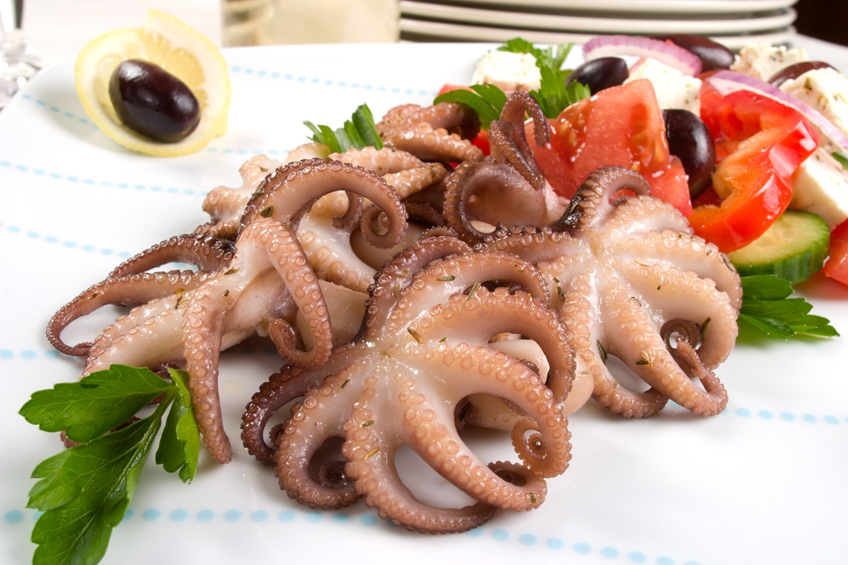 Clean and wash an octopus, then cut it into large pieces and boil in salted water for 40-50 minutes. While cooked octopus is draining, peel and cut tomatoes, green and garden onions. Then cut octopus, mix the ingredients in a large bowl, add chopped parsley and capers.

Onion salad with honey is really easy to cook. You will only need the ingredients you will probably not even need to go to the store for. 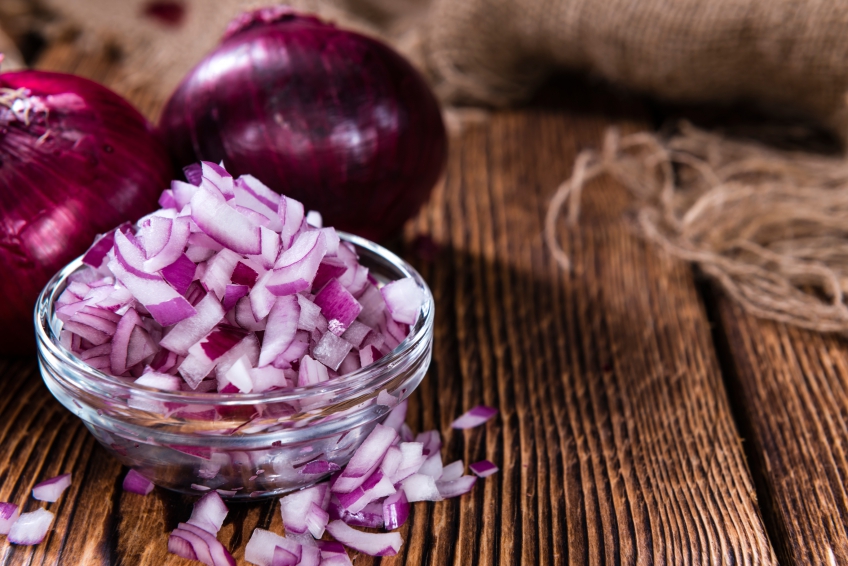 Chop red onions into small pieces. Then make a marinade (by mixing honey, pepper salt, olive oil, and vinegar) and pour it over the onions. Leave for 1 hour, then add olives and put the salad on a serving platter.

Çoban Salatası is a Turkish salad which is usually served with fresh-baked bread in the beginning of a meal. 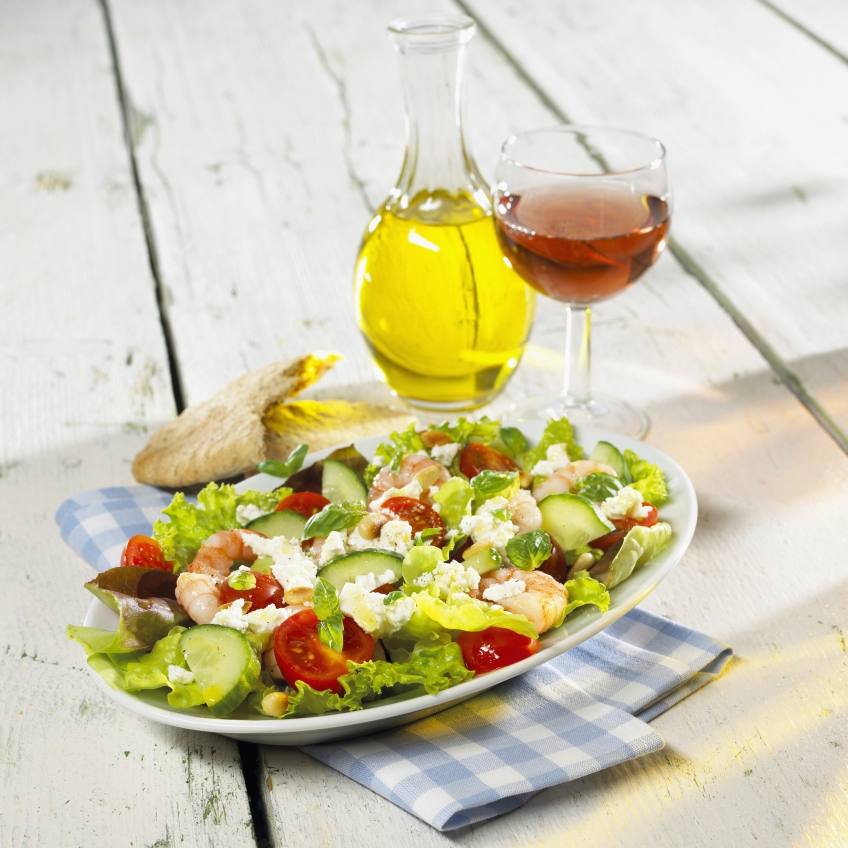 Peel tomatoes and chop them into 4 large pieces. Mix them with finely chopped onion, pepper, cucumber, and goat cheese. Add olive oil, salt and oregano. The salad is served with green olives.

Borulce Salatasi salad is made from black-eyed peas that do not need to be soaked in water for several hours. Salad can be served cold or warm, depending on individual taste and the season. 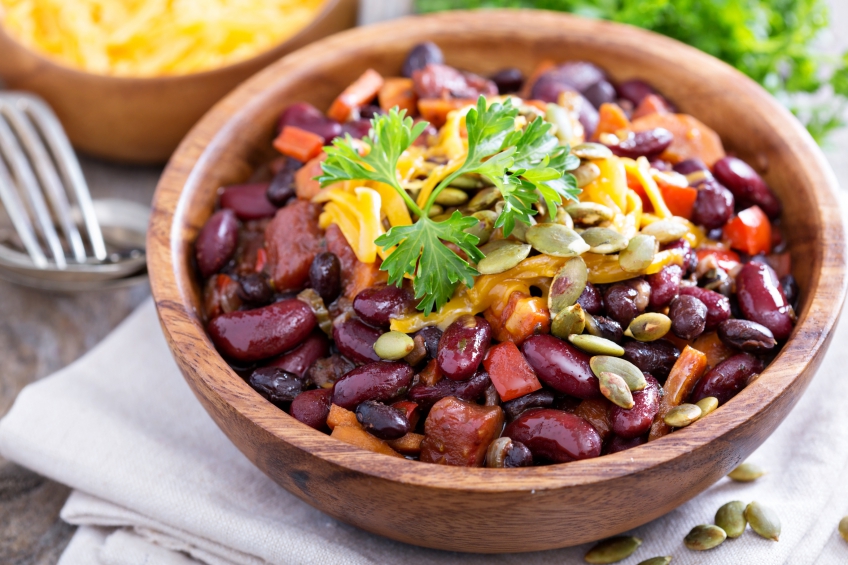 Boil black-eyed peas in a pot for several minutes, then pour the water out and add fresh water mixed with lemon juice and salt to the pot. Boil for 25 minutes. Meanwhile, cut zucchinis and boil them in the same pot for a couple of minutes.

When black-eyed peas become soft, take them out from the pot and put into the salad bowl. Add olive oil, salt, and pepper before serving.

Grapefruit salad with soft cheese is often served with meat and fish dishes. 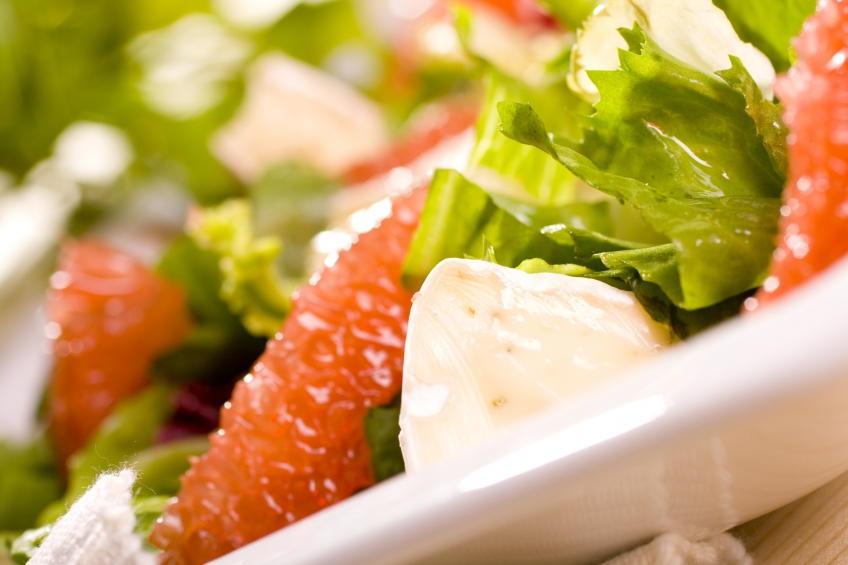 Peel a grapefruit thoroughly and cut it into thin slices. Ring tomatoes and dice soft cheese. Then put all the ingredients in the dish in the following order: first grapefruit slice, then tomato slice, then a piece of cheese and so on. Olives go on top.

To make a dressing mix olive oil, marjoram, salt, and pepper. Cool salad in a fridge for about 30 minutes before serving.

Halloumi cheese is extremely popular among both Cypriots and travellers. People roast or grill it, add to salads and eat with bread and vegetables. Warm Lentil and Halloumi salad is really easy to make. It is also filling enough to replace a second course. 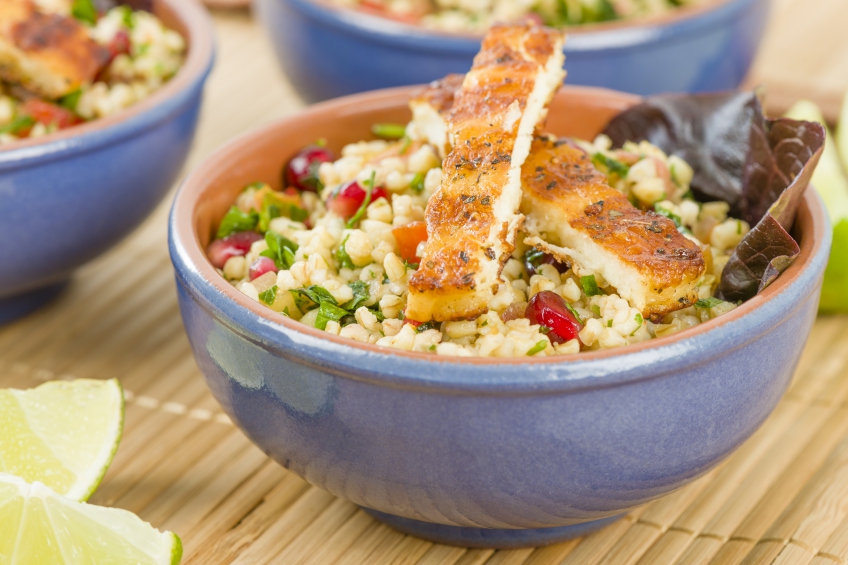 Peel and chop onion and garlic. Chop cilantro coarsely and cut cherry tomatoes in half. Boil previously rinsed lentils for about 30-40 minutes (until slightly soft), then drain and transfer to mixing bowl.

Halloumi cheese is easy to roast: cut it into slices and cook for 2 to 4 minutes on each side. Dice roasted cheese into smaller pieces.

Mix cilantro, tomatoes, onion, and garlic in a bowl, add olive oil, lemon juice and spices. Mix all these ingredients with warm lentils and Halloumi cheese.

Tonosalata is a Greek tuna salad. 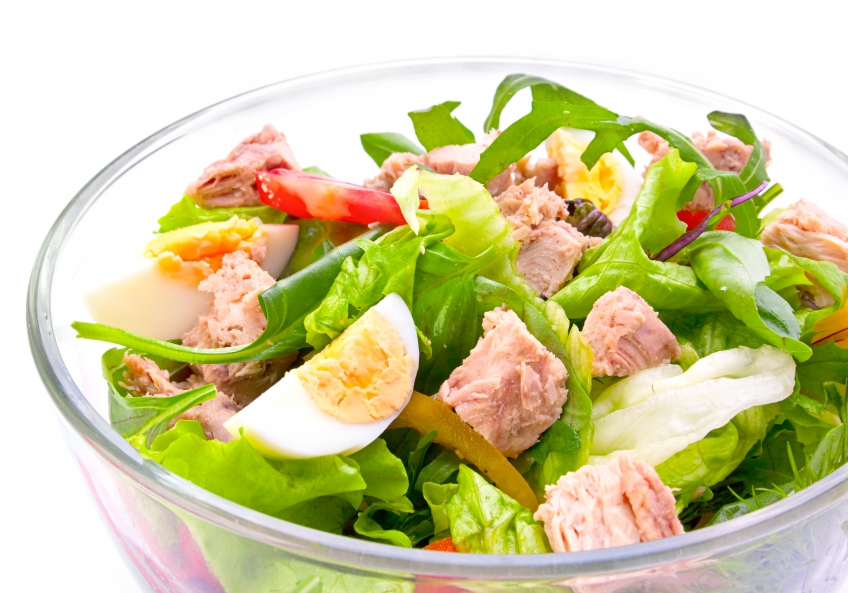 1 can of anchovy fillet

Boil potatoes, eggs and green beans and allow them to cool. Wash and drain lettuce and green salad, tomatoes and a cucumber. Chop cooked and raw vegetables and mix them in a bowl. Then add beans, chopped anchovies, tuna pieces and whole olives.

Serve with eggs cut into 4 pieces.

Melitzanosalata is a Greek salad made from baked eggplants. It can be served as a side dish or as a dip. 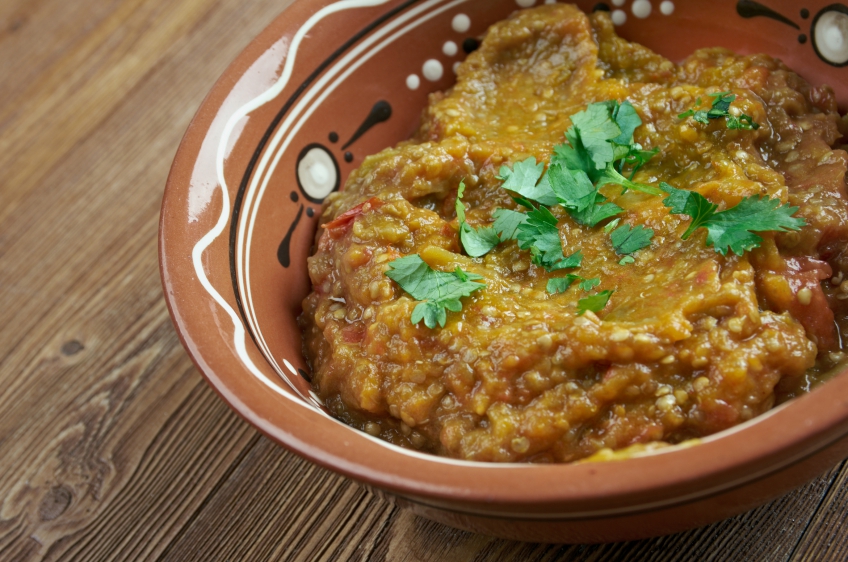 Bake eggplants in an oven for about an hour at 220 °C (it is better to use foil). Be sure to overturn eggplants several times to bake them evenly. Allow them to cool, then cut in two and gently remove the skin, grate the flesh and put it into the colander to drain.

To make dressing for the salad peel and grate garlic, mix it with balsamic vinegar, olive oil, salt, and pepper.

If you are going to serve Melitzanosalata as a side dish, you may add sweet pepper, Feta cheese, and parsley.

Vodino salata is a filling meat salad popular on the island. It takes a little longer to cook than most other salads, but the result makes it worthwhile. 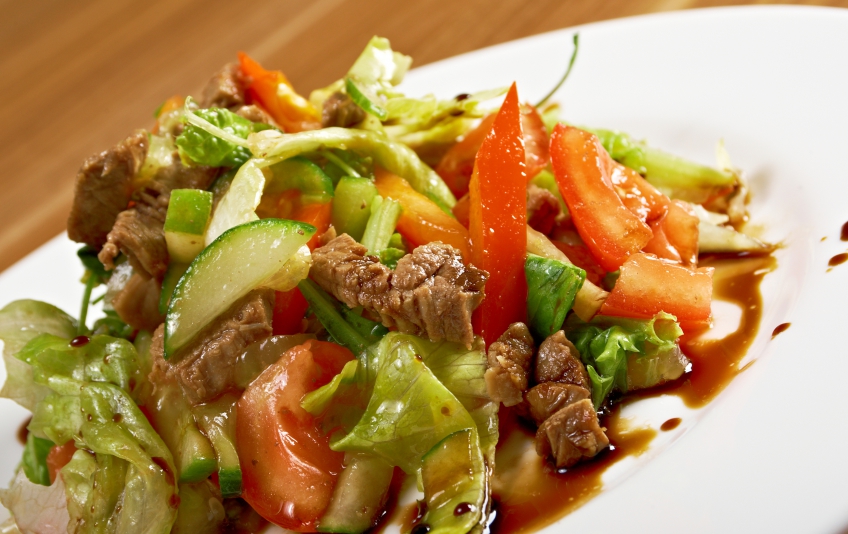 Cook and cool down potatoes and green beans. Chop beef and put it into boiling salted water. Take the foam off the top, add celery, bay leaf, a little bit of chopped parsley, salt, pepper, one onion and one carrot. Simmer for 2-2,5 hours.

Meanwhile chop the other potato, an onion, tomatoes, pickled cucumbers, green beans and the rest of parsley. When the meat is ready, add it to the salad bowl.

Garidosalata is another traditional Cypriot salad with prawns, caper berries and pickled cucumbers. You will definitely like it if you are interested in unusual flavor combinations. 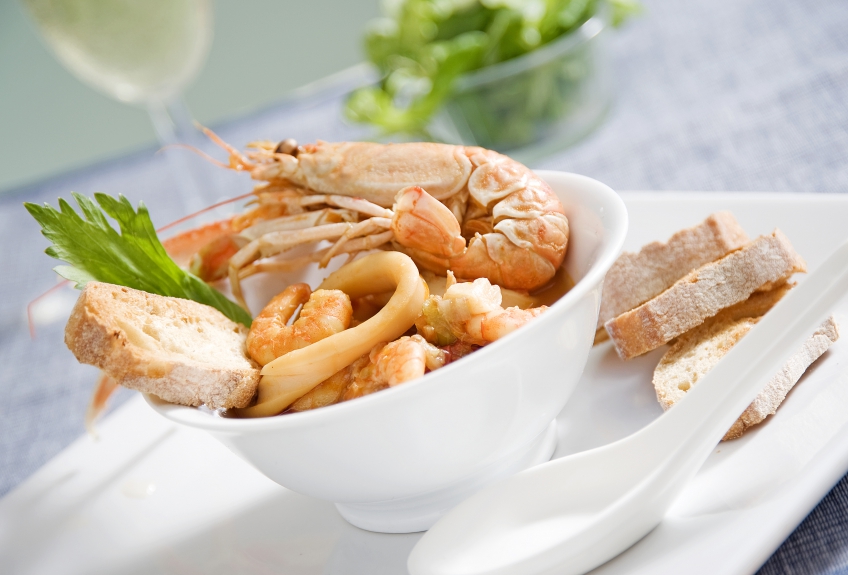 Boil prawns in salted water with a touch of vinegar. Chop previously cooked potatoes and slice pickled cucumbers. Mix all the ingredients in a bowl, add capers. 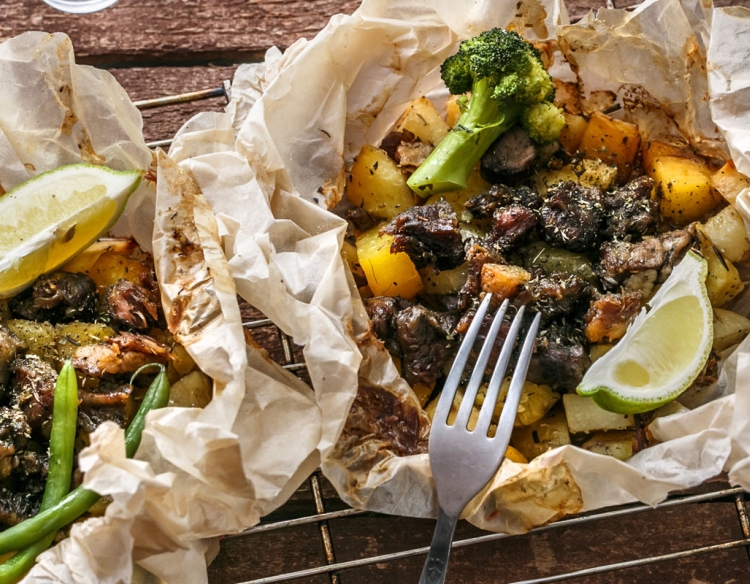 Cuisine
Psistarias of Limassol
Greek cuisine on a budget
1126 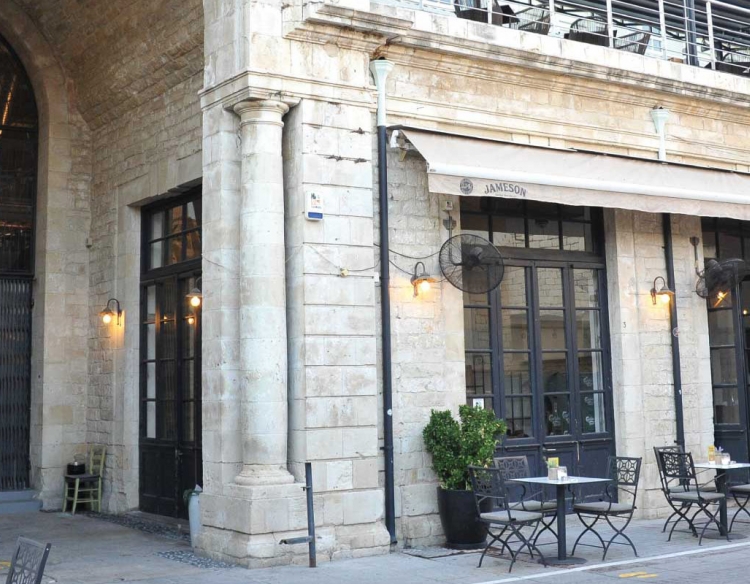 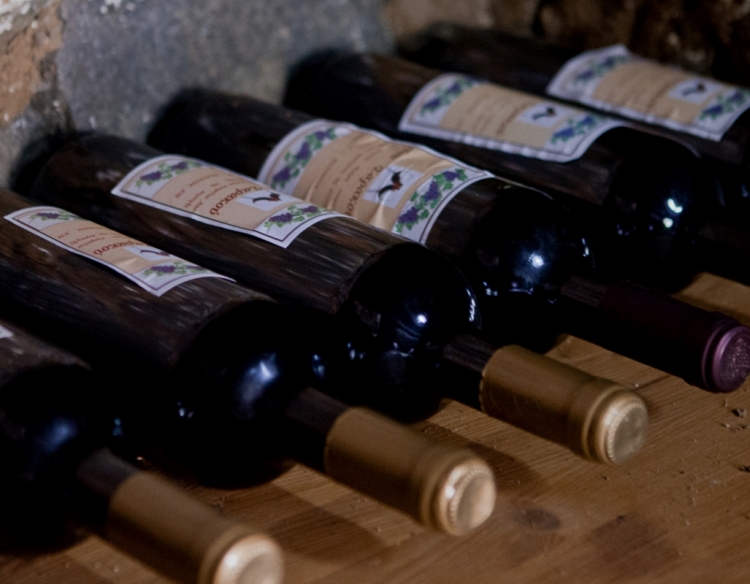 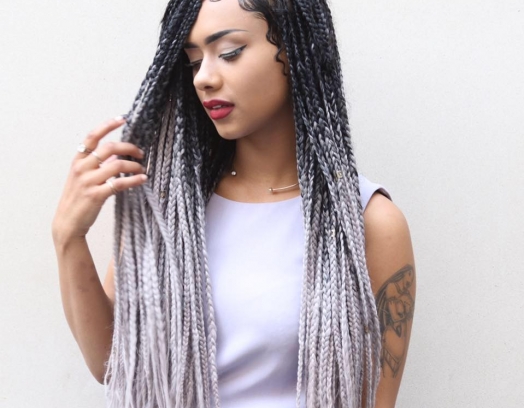 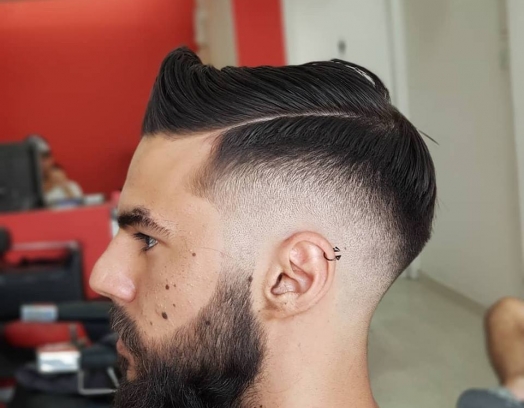 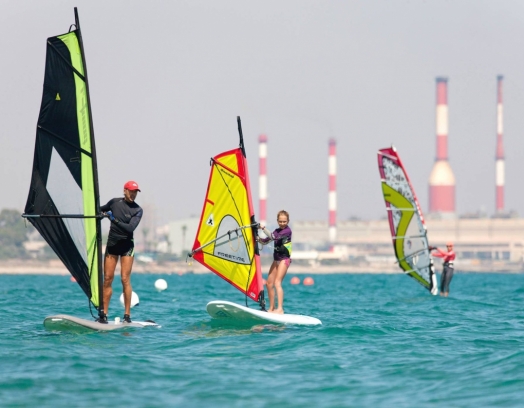 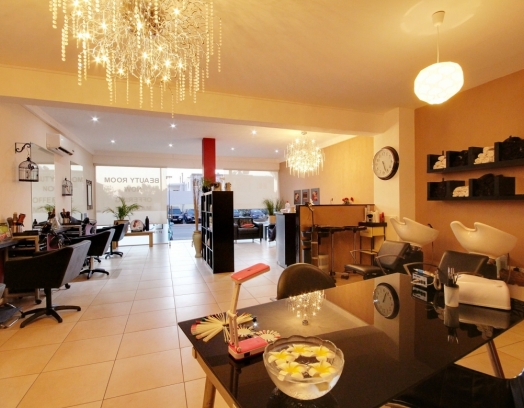