The Monastery of St. Barnabas is located close to the ancient city of Salamin — the capital of ancient Cyprus. Since 1974 the Turkey has occupied the land on which the monastery is situated.

St. Barnabas is one of the most significant figures in the Church of Cyprus. Together with St. Paul, he first preached Christianity on the island. St. Barnabas came from a Hebrew community. One day during his studies in Jerusalem he witnessed a miracle performed by Jesus and declared himself His follower. When he began to preach, many people followed him because they sensed a great force hidden in him, which they thought was the Holy Spirit.

In 1945 Paul and Barnabas disembarked on the shores on Salamin and began their travels around the island, bringing the Gospel to its residents. One day Sergius Paulus, the Proconsul of Cyprus, heard the two men preaching. He was so inspired by their words and actions that he made Cyprus the first Christian province of the Roman Empire.

This wasn’t the only thing that the Apostle Barnabas did that became part of history. In 1950, together with the Apostle Mark, he came to preach at the island’s synagogue. The local Hebrew sorcerer Elymas, who was bitter because he failed to set Sergius Paulus against Barnabas, saw him and devised a plan to avenge him. He convinced a crowd of people to capture Barnabas in the evening and stone him to death. Having carried out his orders, they tried to burn Barnabas’ body, but Mark secretly dragged it out of the fire at night and buried it on the outskirts of Salamin.

Even following his death, however, Barnabas continued to protect the Church of Cyprus. In the 5th century Peter the Fuller, Patriarch of Antioch, wanted to unite the Church with his crown, claiming that the Apostle Barnabas brought the Gospel to both Churches and that following the break-up of the Roman Empire, Cyprus fell under the control of Antioch.

According to a legend, follwoing Peter’s claims, St. Barnabas visited Anthemios, the Archbishop of Cyprus, in his sleep and told him the location of his burial site. Anthemios found his grave and in it he found the Gospel according to Mathew. The Archbishop then traveled to Constantinople and showed his discovery to the Byzantine emperor Zeno, who ordered the Holy Synod to resolve the dispute between the two Churches.  As a result, the Church of Cyprus not only gained independence, but also three imperial privileges: the Archbishop of Cyprus gained the right to sign in red ink, to wear a purple robe and to carry a scepter, while the Apostle of the Church of Cyprus gained the title “His Beatitude”.

It was allegedly Anthemios, who upon his return to the island in 477, ordered to build a church at the burial site of St. Barnabas to honor the late apostle. Later, the church grew into a monastery. English explorer George Jeffrey has suggested that the dark green marble column that is part of the church’s northern wall is a remaining element of the ancient church.

Scientists say that the cross-dome church was built in the 10th century. This vaulted basilica, which features three transepts, has been adorned with three domes and three semicircular apses on the east side. The three aisles are shaped by seven square columns, while the narrow space between the arches of the transepts serves as a passageway. However, the original church had suffered significant damage due to time and has had to be rebuilt. Today the only two things that remain of its structure are the two domes.

It is unknown when the reconstruction took place exactly, but the writing on the western portal reveals that the period of reconstruction that began in 1674 lasted for 16 years. Meanwhile, the travel memoirs of Vasily Grigorovich-Barsky reveal that the monk was deeply saddened by the church’s appearance in 1735, by then it had already lost one of its domes.

The monumental frescoes depicted to the right of the entrance into the church were painted by brothers Khariton, Stefan and Barnabas. They describe the story of the Church’s struggle for independence. The frescoes feature scenes of St. Barnabas blessing Archbishop Anthemios, the discovery of the saint’s relics and the presentation of the legendary Gospel according to Matthew to Zeno.

The central nave of the church houses a three-tiered carved iconostasis. Its edges and panels have been decorated with geometrical and floral ornaments and stylized palmettos. The iconostasis features traditional colors: red, blue, green and gold. Some of the earliest images presented in the iconostasis, such as the icon of John the Savior, dates back to the 18th century.

Following the events of 1974 that broke the island up into two parts, the monastery ended up being on Turkish territory. With time the retreat became more lifeless. Today the main church houses the Museum of Icons, which exhibits objects that were discovered at different churches and monasteries in Cyprus. The other rooms, including monk cells, contain archeological finds of different time periods.

A small chapel has been erected next to the burial site of St. Barnabas. Debates surrounding the exact location of his grave still persist. However, many believe that his holy relics remain here — in the sarcophagus draped in a red cloth. 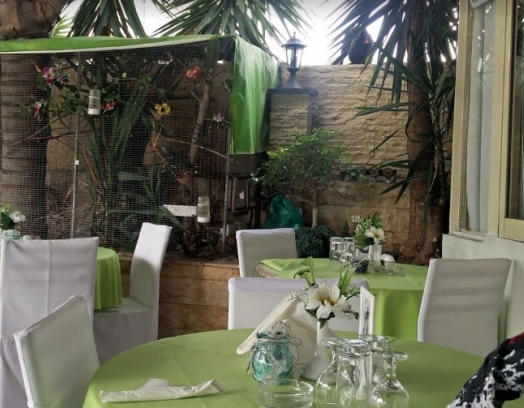 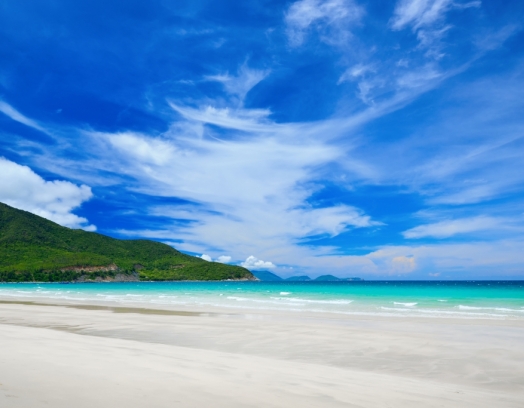 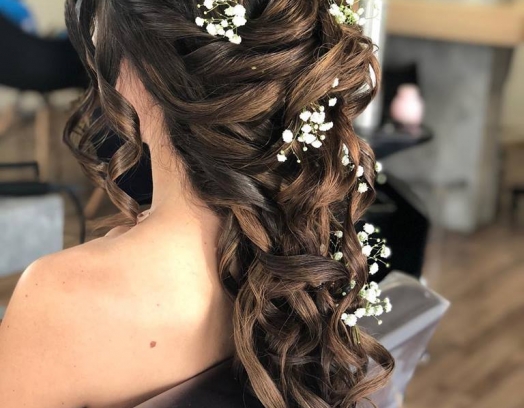 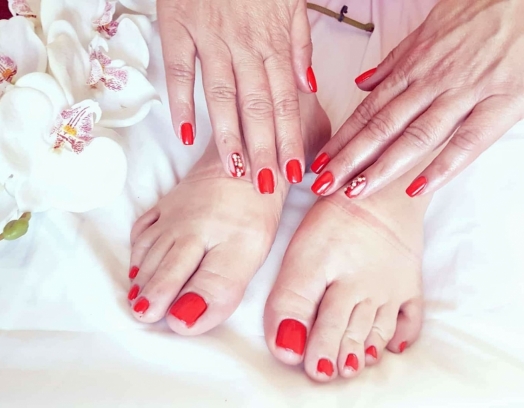 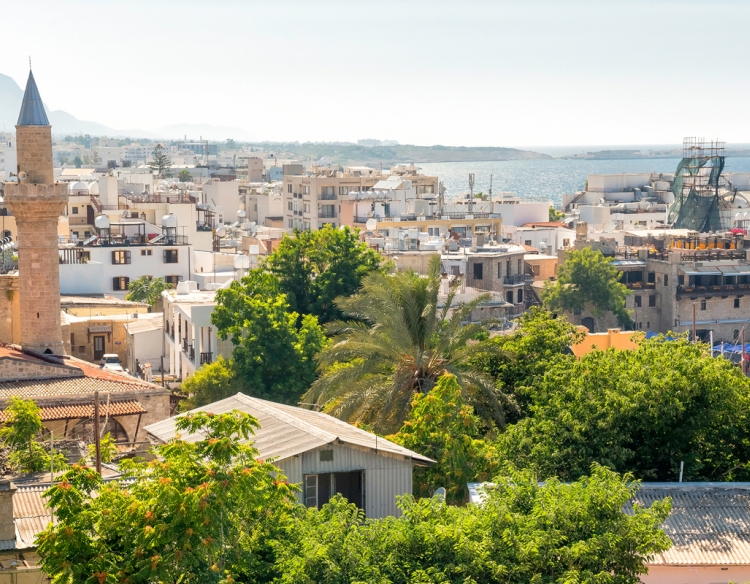 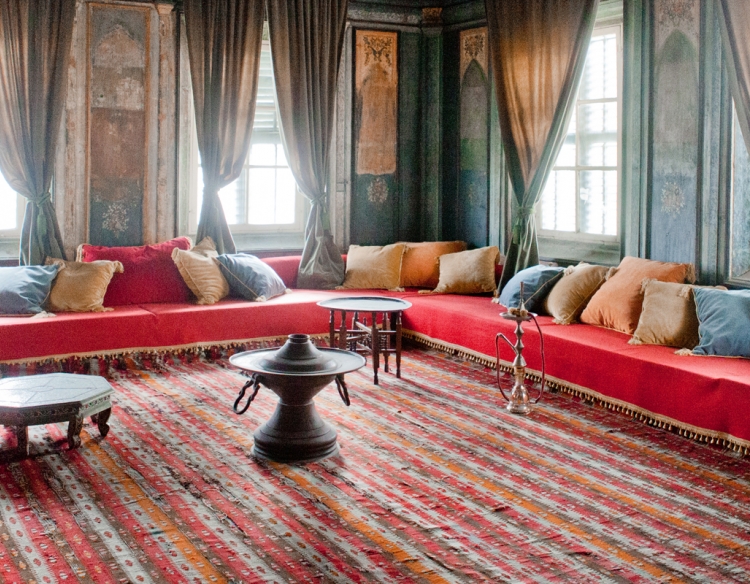 Special project
Ethnographic Museum in Nicosia
The Hadjigeorgakis Kornesios Mansion: Captive to Fate or the Fate of Power
1019 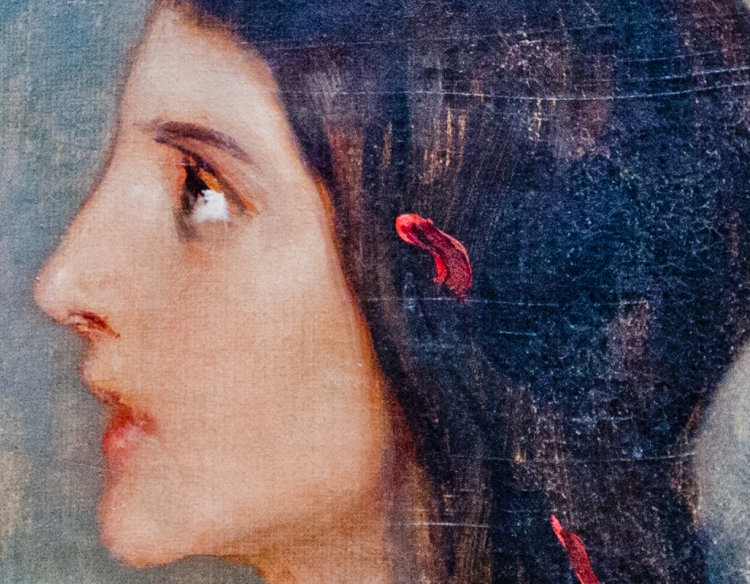